F1: Bottas to get more involved in negotiations

F1: Bottas to get more involved in negotiations 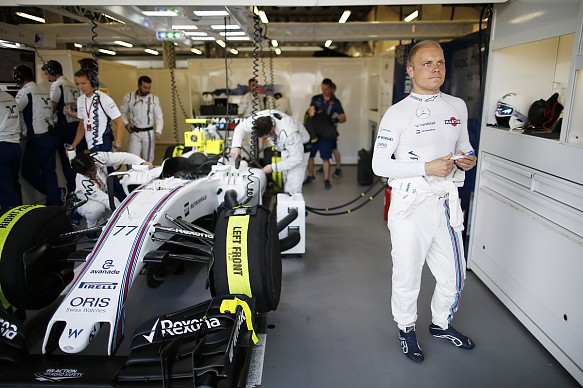 Williams driver Valtteri Bottas will take a more hands-on approach with negotiating over his future in Formula 1.

Bottas still has Didier Coton as his manager, however, the Finn feels he should take more involvement in the handling of his own affairs.

“There’s no change to my management, everything is still as is,” said Bottas ahead of the Austrian Grand Prix. “I’m just going to be taking care of a little bit more of some things. There’s no drama, but there are some things on which I’m keen to be a bit more involved.”

When asked by Autosport whether that meant he would be more hands-on with regards to negotiations with Williams over a new deal, Bottas replied: “Maybe, yeah, a little bit more.”

“It’s not a massive change, I saw the recent rumour [about a management change], and people should not overreact. It’s just a small change.”

Bottas has confirmed nothing has been decided for next year, but he is eager to resolve his situation “as early as possible,” with the likelihood being he will remain for one more season with Williams.

“If it carries until later in the year it doesn’t help anything,” he added. “It would be nice to know as soon as possible, but sometimes it’s not possible.”

Teammate Felipe Massa, meanwhile, is adamant he is in control of his own destiny, with a desire to continue for a 15th season in F1.

“I will choose what I want to do, what I want to race,” said Massa, who added he has started talks with Williams to remain with the team. “I am just relaxed, thinking about my driving.

“I don’t know what is going to happen, but I will decide what I want to do. F1 is what I’m really planning to do, but I’m committing to do things which I believe will be good for me. I believe to race in a team where you have important work to do, not just to participate.”