MOTGP: Stoner in action for Ducati in Misano test

MOTGP: Stoner in action for Ducati in Misano test 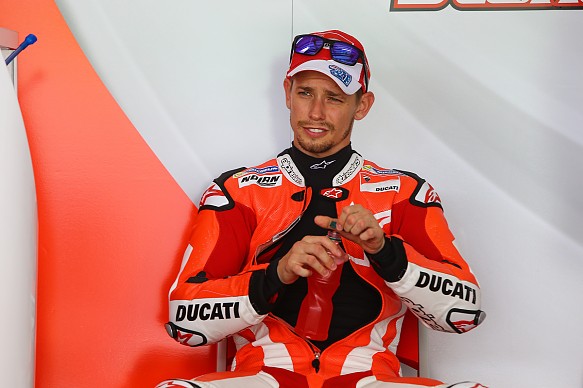 The outing is Stoner’s third since returning to Ducati, following an initial run on a 2015 bike at Sepang pre-season and then a rain-hampered first taste of the GP16 at Losail after the season-opening Qatar Grand Prix.

Stoner admitted in his recent Autosport column that the Qatar test had not given him much chance to properly begin work.

“We’re still yet to really find out how far we can take it, because the test was so short we couldn’t really confirm everything as well as what we would have liked,” he wrote.

But the double MotoGP champion was encouraged by what he did manage to learn about the 2016 bike.

“And, honestly, we didn’t have a lot of time to really try any different set-ups on the ’16 either, we were literally doing part comparisons back-to-back.”

Aprilia is also in action, giving its 2017 signing Sam Lowes his MotoGP test debut, and has amended its plan to allow him to get straight onto this year’s bike rather than beginning on the ’15 machine.