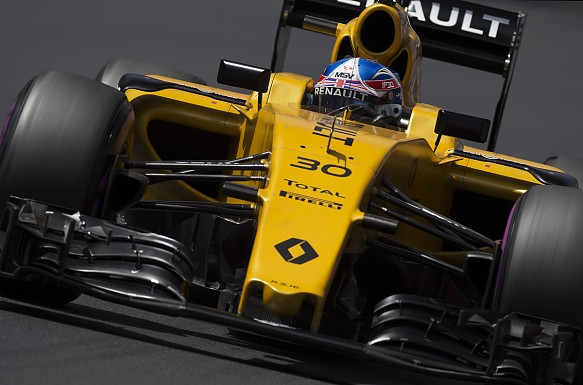 Renault faces its “most difficult decision” over when to stop developing its underperforming 2016 Formula 1 car and plough its resources into 2017, according to team ambassador Alain Prost.

Six grands prix into its return as a works outfit in F1, Renault has so far managed to get just one car into the top 10, lying ninth in the constructors’ title race with only point-less Sauber and Manor below it.

Prior to the start of the season, Renault top brass made clear this year would be a struggle – but with Red Bull showing the competitiveness of the French manufacturer’s improved engine, the works team’s deficiencies lie in the chassis.

The question for the likes of managing director Cyril Abiteboul and technical director Bob Bell is at what point to give up on trying to upgrade the chassis, and instead fully focus on the major regulation changes for 2017. 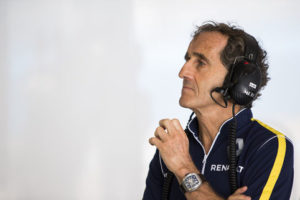 Asked where the team should place its resources, four-time F1 champion Prost (right) said: “I think that may be the most difficult decision to take. Given where they are in terms of the chassis, which is obviously not very good, you have a good reason to say, ‘OK, we stop development and we go to ’17.’ But more or less we also have the same good reason to say we have to develop because we need to understand to go ahead.

“When you are talking about motivation and psychology, staying at the back is not very good for the team, so it’s a very difficult decision.

“They will know what they can get in the next one, two or three months maximum. It’s not my decision, but I understand it’s a difficult one.”

Prost also conceded to surprise at how rapidly Renault has improved its engine, following up Red Bull’s win in Spain with pole position in Monaco courtesy of its upgraded system.

“I think everybody can be a bit surprised,” added Prost. “In typical racing, with the engine or chassis – maybe even more with the chassis – you have some nice numbers from the wind tunnel. But then when you get to the track you realize it’s not working exactly the same, and very often it’s on the negative side, never on the positive side.

“Here with the engine what we have seen is an improvement, which is quite surprising, but again that’s typical F1. Things can change. Sometimes what you get is that you pay for making a decision – or not making a decision – two or three years beforehand when you are committed to something.

“But, they have proven they are good at making engines. There’s no reason why we should be bad, but it’s still a very good surprise, very positive.”