Although the 15-minute session expired just as Slusher’s car was extricated, IMSA extended the session to ensure they reached the minimum period of time required to make qualifying official. Light drizzle was introduced into the mix as drivers made desperate attempts to topple Simpson’s time, and while French lowered the gap from 0.777 to 0.642, the top-3 remained unchanged.

The GT Daytona championship-leading Paul Miller Racing team saw Dion von Moltke capture his second GTD pole of the year in the No. 48 Audi R8 LMS with a strong lap of 0.54.004 seconds. His quick tour of Lime Rock was almost spoiled by Ben Keating in the No. 33 Riley Technologies Dodge Viper SRT whose 0.54.013 was an impossibly small 0.009 seconds slower than the R8.

“It was a little too close for comfort,” said von Moltke, whose ailing father is at Lime Rock. “My dad got his scan back, he’s cancer free, and my drive was for him.”

Keating rued losing out on pole, but said it wasn’t for a lack of trying.

“We had a spin and were sliding around; I put down a pretty good lap, but Dion got me,” he noted. “After I heard that, I was out there pushing really hard to squeeze another one-hundredth from the car but it didn’t have it. I was giving it my all for sure.”

Along with Simpson, Texas-born von Moltke’s mother and father are from South Africa, giving IMSA a pair of polesitters who share the same family origins and drive for teams with at least one owner bearing the name Miller. 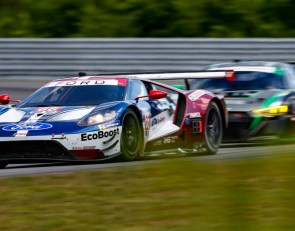 Hand seizes the day for Ford at Lime Rock 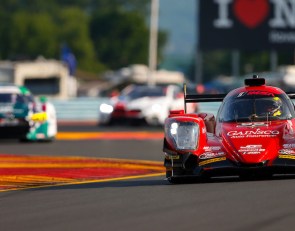 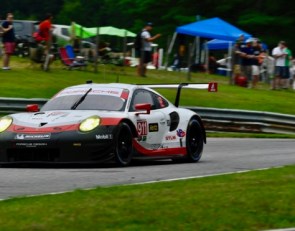