Pro Mazda Championship Presented by Cooper Tires driver Michael Johnson of JDC Motorsports is the first and so-far only paralyzed driver licensed by IndyCar to compete in the series’ developmental ladder program.

Johnson crashed heavily during Pro Mazda’s opening practice session at St. Petersburg on Friday, March 27, sustaining fractures to the hip and pelvis. He was held at Bayfront Medical Center for nearly three weeks before being discharged on April 15. Here, Michael provides an update on his current and projected status.

It’s hard to believe it has been nearly three weeks since my release from Bayfront Medical Center and even harder to imagine I was there in the ICU for nearly that long, too.

There’s something rehabilitating about being at home – the comfort of familiar surroundings and the normalcy of my routine back in Michigan. I was released from the ICU on Sunday, April 12 and was well enough to be discharged from hospital care the following Wednesday. I’m not sure if I was more excited to eat regular food at an actual restaurant or to be on the next flight out of Florida.

Before I left St. Pete, I went and visited the track and Turn 3, where my moment of impact occurred. It was hard to recall what was going through my mind as I hit the wall, but I know I went over a puddle and the rest is history. So as I boarded the plane with my dad back to Michigan, I couldn’t help but be thankful for how lucky I was to be heading home and the opportunity I’ve been given to continue my passion behind the wheel of a racecar.

With the minor concussion I sustained, my headaches have finally gone away and my hip and femur (left leg) are doing pretty good. My lungs have improved immensely since leaving the hospital but I can still tell they are a little bit off. I think the more I train, the better they will be. I’ve been working really hard daily with my trainer Josh for the last couple weeks to get my fitness back to where it was. I’m still sweating a lot but I think that’s just the body trying to get over the injuries and trauma.

The only thing I’m waiting on to determine when I can get back behind the wheel is my vision. The doctor said the impact bruised my eyes really bad. At this point, I’m just letting them heal, and the only thing that can help is time.

When I first got home, transfers out of my chair and my car and into my bed were really difficult. That is something I do so many times a day and to not do it for nearly three weeks was a setback. I’m getting that strength back though, and I can lift myself up without struggling. The muscles are getting better. The doctor said I could do pretty much anything I want, really, which is definitely refreshing!

I can’t help but still think about all the support I’ve received from teams, fellow drivers, the series, my family, the fans, and my sponsors who have stuck by me – BraunAbility, Universal Coating, Arai Helmets and Adidas Motorsport. So thank you all for helping me through this.

The Toronto race is mid-June and I think that is a realistic timeframe to be back behind the wheel. I can assure that while my body is definitely a lot weaker, my mind, my motivation and my resolve have never been stronger. 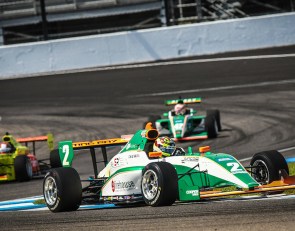 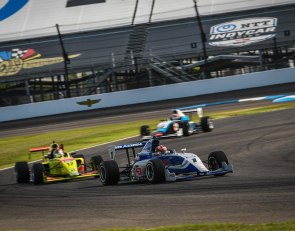