The French Graff Racing squad has become the first team to order a Ligier LMP3 coupe, and will debut the car in the European Le Mans Series later this year.

The team, which is best known for a trio of French Formula 3 Championship titles in the 1990s, is continuing its relationship with the Onroak Automotive brand, whose Group CN prototypes it fields in the VdeV Endurance Proto Series.

Graff, which is now owned by Eric Trouillet, will take delivery of the first Ligier-Nissan JSP3 in September in time to give the car its race debut in the final ELMS round at Estoril in October.Having originally planned to race an LMP2 Ligier JSP2 this season, the team will then enter the car in the VdeV fixture at the same track in November.

Onroak president Jacques Nicolet said that Graff’s results in the opening round of the 2015 VdeV series at Barcelona in March with the Ligier JS53 EVO 2s “were a great demonstration of our collaboration.

“We’re determined to give them complete satisfaction, and we’ll do our utmost to support them with the new Ligier JSP3 to score more successes,” he continued.

Onroak is talking to other teams in France as well as in Asia about the sales of further cars. 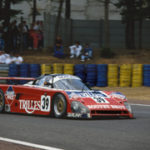 Graff Racing was a regular at the Le Mans 24 Hours throughout the 1980s and into the ’90s The squad contested the big race 11 times, including participations under the name of founder Jean-Philippe Grand, between 1980 and ’93 with Chevron, Rondeau and Spice prototypes.