Bob Bondurant is walking the halls again. The champion driver and legendary driving educator has been elected to the West Coast Stock Car Hall of Fame as a member of its Class of 2014.

Bondurant and four other honorees will be inducted during a gala event at the Meritage Resort in Napa, Calif., June 19, in conjunction with the NASCAR weekend at Sonoma Raceway, including the NASCAR K&N Pro Series West June 21 and the NASCAR Sprint Cup Series June 22.

The West Coast Stock Car Hall of Fame inducted its first class in 2002 and honors significant contributors to the sport’s development and history –– including designers, engineers, mechanics, drivers, racetrack owners, promoters, publicists and members of the motorsports media.

“The class of inductees for 2014 features five very talented and well-known individuals, with varied backgrounds in the motorsports industry,” said Hall of Fame Board Chairman Ken Clapp. “Each of these gentlemen has been tremendously successful in his endeavor in the sport. We look forward to welcoming them as members of the Hall.”

Bondurant’s résumé includes racing his Indian motorcycle in the ’50s, followed by Corvettes, capped by the West Coast “B” production Championship, with 18 of 20 wins in 1958-’59. He competed with the Shelby American, Ferrari and Eagle teams, the last for friend Dan Gurney. With him, Bondurant won the GT class at Le Mans 24 Hours in 1964 in Shelby’s Cobra Daytona Coupe – 50 years ago this June.

The following year, he won the FIA Manufacturers’ World Championship for Shelby American and Ford, winning seven out of 10 races. He competed in nine F1 World Championship Grand Prix events and had four NASCAR starts, all at the legendary Riverside International Raceway. Instructor to James Garner, Paul Newman, Clint Eastwood and Nicholas Cage, he has led the Bob Bondurant School of High Performance Driving for 46 years. Its graduates are a Who’s Who of NASCAR’s leading drivers. 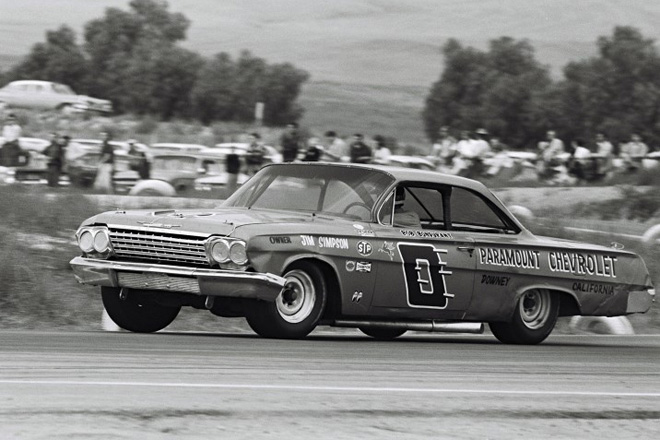 “Wow, I was racing the stock cars before NASCAR made it cool,” says Bondurant, 81 this month. “Now that I have trained most of the NASCAR drivers for their road racing, I am humbled to be inducted with so many past students and champions.”

His wife, Pat, president of the Bondurant School, adds: “The Bondurant family and all of those associated with the school he’s made famous are so proud of Bob and so appreciative of the West Coast Stock Car Hall of Fame for recognizing both his achievements as a driver and educator.” The Bondurants will again be hosting the Childhelp Gala in January 2015 at the Arizona Biltmore Hotel, Phoenix.

The only purpose-built facility of its kind in the world, the Bob Bondurant School of High Performance Driving, proudly located at the Wild Horse Pass MotorSports Park on the Gila River Indian Community in Chandler, just outside Phoenix, has trained nearly 500,000 people — professional racers, executives, law enforcement officers and military specialists, performance enthusiasts and day-to-day drivers — to become safer and more proficient at handling the challenges of track, street and highway driving. 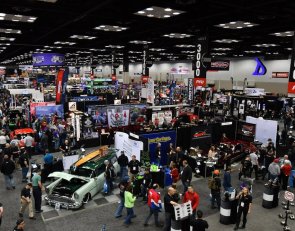