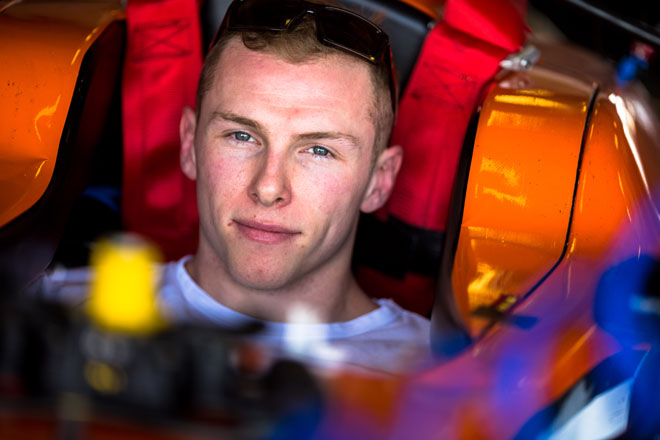 Jon Lancaster is hopeful he can secure a GP2 racing deal with MP Motorsport, after running with the Dutch team for the first time during this week’s GP2 test in Abu Dhabi.

Lancaster is set to continue testing for MP in the forthcoming test in Bahrain, and is working hard on finalising a deal to contest the season.

“I believe we will be testing again at Bahrain with MP,” Lancaster said.

“As for the full year, it is not confirmed yet and we have not signed anything.

“We both want it to happen, but we’re still working on the financial thing at the moment. Putting in good performances can only help make it come together.

“We shall see, all being well…”

Asked if he fitted the bill to act as a benchmark driver for team-mate Daniel de Jong, son of team owner Henk de Jong, Lancaster joked: “I fit the bill there, but it’s whether I can pay the bill, that’s the problem!”

Lancaster scored a podium on his GP2 debut in round three at Barcelona last year, before going on to achieve two sprint race victories for new team Hilmer Motorsport at Silverstone and the Nurburgring.

“GP2 is the place to be, it’s a fantastic series, [but] it is utterly expensive and completely ridiculous for what it is, but it’s right under the noses of the people you need to be under,” the Briton added.

“That’s why people want to be there. I fit the bill. The team wants someone quick to put alongside Daniel.”