Today, Feb. 26, 2014, marks the 70th anniversary of the Sports Car Club of America. Whether you know it or not, if you’re a motorsports fan, you have SCCA to thank for much of the automotive competition awesomeness that takes place in America.

It started on Saturday night, Feb. 26, 1944, when seven car enthusiasts gathered in Boston, Mass., to form a club for those who appreciate “sport cars,” as they called them in the time of long ago. Back then, that meant open-top, two-seat cars; over seven decades, the definition has changed to encompass virtually anything with four wheels. In July 1945, SCCA’s growing membership took to Thompson Speedway in Thompson, Conn., for timed runs around an oval track. You could say that July marked the real start of the SCCA.

SCCA was a driving force behind early races in Watkins Glen, N.Y., and Elkhart Lake, Wis., ultimately leading to the creation of dedicated road courses that still stand proudly. SCCA also led the charge for competition on airport runways, keeping motorsports alive when it otherwise would have foundered.

By the 1950s, the SCCA was sharpening its motorsports claws both on American tracks and internationally, notably in 1951 when SCCA was invited to compete at an Argentinean race. The result? SCCA members finished seventh, sixth, second, and first, with John Fitch leading the charge. This victory swung the door wide for U.S. competitors on the world stage, and SCCA members like Briggs Cunningham capitalized by beating the Europeans at their own game. More doors opened.

But that was then. What about now?

The truth is, SCCA is in a golden era, although it is different from the 1960s and ’70s. Unlike then, American drivers no longer need to prove themselves on a global stage. Thanks to those who laid the groundwork, today’s SCCA professional racing stars like Randy Pobst, Peter Cunningham, and Johnny O’Connell are proven commodities who race the world over without question, or shock, when their names appear at the tops of score sheets. Their victories are not taken in awe as they were in yesteryear because, frankly, the SCCA breeds some of the best drivers in the world. It’s a fact. The sky is blue, the sun shines brightest in the summer, and SCCA drivers are fast.

SCCA is also in a golden age of its amateur motorsports. Its autocross program is stronger than ever, with tens of thousands of skilled participants. The championship bout for autocross, the Tire Rack Solo National Championships, attracts 1,200 competitors annually to Lincoln, Neb., where it’s not unheard of for a National Championship to be won by 0.001sec; a 0.01sec margin of victory is de rigueur. SCCA’s Club Racing program has grown some of the best road racers in the nation, with that event’s annual championship, the National Championship Runoffs, attracting 700 competitors to Road America this past September (TOP, Rupert Berrington photo); the Runoffs is slated to repeat the impressive performance this October at Mazda Raceway Laguna Seca. SCCA’s RallyCross and RoadRally programs are also strong, bringing smaller, but exceptionally skilled, talent to the table.

Bryan Heitkotter collected another SCCA Solo National Championship in 2013, as well as competing in a number of professional races. (Rupert Berrington)

Who are the names we’ll be talking about in decades to come? It’s impossible to ignore great crossover wheelmen like Bryan Heitkotter and Jason Saini, and Rob Huffmaster is a name that will undoubtedly come up time and time again as he jumps from amateur to pro and back again more often than most change socks. At the same time, Solo’s greats like Sam Strano, Michael Maier, Gary Thomason, and Ryan Buetzer are some of the SCCA’s modern day legends, as are SCCA Club Racing powerhouses Lawrence Loshak, Andrew Aquilante, Andy McDermid, Scott Rettich, Jesse Prather, and Lee Alexander.

No, we are not in the same golden age of 40 or 50 years ago. Arguably, however, today – on SCCA’s 70th anniversary – we stand in an even brighter and exciting age than ever before.

The February issue of SportsCar magazine, which SCCA members receive as a benefit, celebrated the rich history of the SCCA with a variety of special features and a 13-month wall calendar celebrating the heroes of the SCCA.

To join the SCCA, head to www.scca.com. Digital issues of SportsCar magazine are available to SCCA members by logging in to https://ams.scca.com. 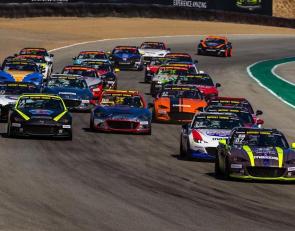 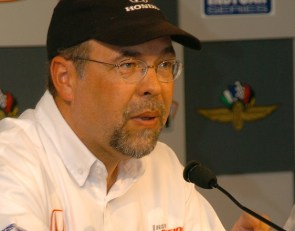 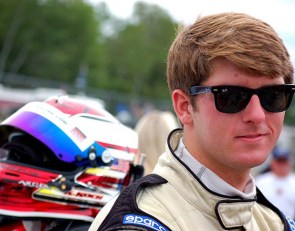