ALARA Racing has added Kenton Koch to the team’s 2014 Mazda MX-5 Cup lineup. Coming off a dominant season in the Skip Barber Mazdaspeed Pro Challenge Championship, Koch is poised to challenge for the championship in the intensely competitive Mazda MX-5 Cup series. As reigning champions and Mazda Team of the Year recipients, ALARA Racing has been preparing for the upcoming season with renewed energy in preparation for the season opener at Sebring.

“I want to thank Mazda for the MAZDASPEED ladder system. Being on the ladder has allowed me to pursue my dream of a successful career in professional sports car racing,” enthused Koch. “Without Mazda and Skip Barber, I would not be where I am today and am deeply grateful for their support. This year is going to be the most competitive to date for me and as such, I am very pleased to have selected ALARA Racing as my partner. Chief among the reasons I selected this team is the strength of the team’s technical staff. I have quickly developed a close working relationship with Ken Murillo and the rest of ALARA Racing’s team. I am looking forward to hopefully putting together a championship effort to get the team two championships in a row.”

“Kenton has been working diligently in the off-season to develop a strong working relationship with our technical team,” said ALARA team principal Ara Malkhassian. “His working knowledge of the setup on these cars is only rivaled by his talent behind the wheel. He brings a very strong focus on car setup and has been our standard bearer in pre-season testing.”

Team technical director Murillo added, “Kenton has been pushing and challenging himself to extract to maximum out of the cars in testing. His positive energy and ability to communicate effectively on changes to the car has yielded results that will carry into the racing season”.

John Doonan, Director of Mazda Motorsports, said, “We are thrilled that Kenton has joined ALARA Racing. He is one of the sport’s brightest young stars and I fully expect to see him to give the best of this season’s Mazda MX-5 Cup field a tremendous run for their money.” 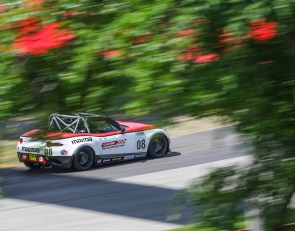 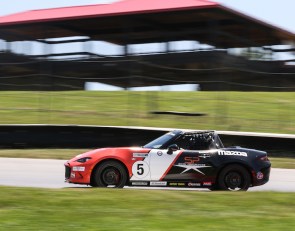