All photos by Marshall Pruett

With more downforce coming to Daytona Prototypes for the rest of the season, IMSA is considering an upgrade in suspension technology to help DP teams cope with the change. DP teams tried the full 2014 aero package prior to the Rolex 24 at Daytona, which included venturi tunnels and a large diffuser, but those items were removed as part of the Daytona-specific aero configuration.

Those bolt-on items, as well as a few aero pieces intended increase frontal downforce, will return for the Sebring 12 Hours in March.

RACER has learned the sanctioning body is currently soliciting input from DP manufacturers Coyote, Dallara, Riley, and some the veteran DP teams on the best method to manage the 60 percent downforce increase, and have arrived upon the possible adoption of a hydraulically-actuated third damper.

The use of third springs or dampers is nothing new, but due to the original low-tech, low-cost concept that drove DP designs, the systems were not permitted.

P2 cars, the other half of the TUDOR United SportsCar Championship’s Prototype class, were designed with these ride control systems from the outset, and play an integral role in their impressive cornering capabilities.

“Like we do with a lot of things, we’ve send around an inquiry and we’re asking for feedback from our DP constructors and such on whether they think it’s possible and what systems they think might work, and I also reached out to the P2 teams to see what they thought about removing their [third spring] systems,” said Scot Elkins, IMSA’s VP of competition and rules. “The DP cars weren’t designed with them in place, and it wouldn’t be easy to go with a full third spring system installation because of a lot of the other items already in place on the cars, so space is the main thing we’re limited by.”

Prior to the advent of third spring/damper systems, high-downforce racecars faced a few different chassis setup and handling limitations.

Open-wheel and sports car teams were forced to raise their ride heights to prevent the undersides of their cars being buried into the track surface as speeds increased and downforce compressed suspensions to the ground. The most common workaround to help keep ride heights as low as possible was to use exceptionally stiff suspension springs to counteract the aerodynamic forces, but those heavy springs sacrificed mechanical grip and took away a driver’s ability to feel handling subtleties.

The solution came with a mechanical third spring/damper system that took over managing minimum ride height, allowing teams to use softer springs on the two primary dampers which vastly improved mechanical grip.

Adopting full mechanical third spring systems would require major redesign work by DP manufacturers, which has driven the conversation toward a small, compact hydraulic damper that could be easily fitted and delivers the same intended effect, or the use of suspension dampers akin to what the ORECA 03 P2 uses that offer ride control within the twin-damper arrangement itself.

“It’s a solution that came across our desk and it looks like it would be the simplest way to go and the least expensive, but until we hear back from everyone, it’s hard to say whether it will be the direction we choose,” Elkins added.

“Whether the P2s had ride control or didn’t at Daytona wasn’t an issue, but now that we’re going to high downforce with the DPs at Sebring, it’s come back up as something we need to look at and see what we can do to make both cars able to handle similar forces. Also, we have to be aware of how much money we’re making the DP guys spend and the timeframe involved if we’re going to do this.”

Of the other changes to look for at Sebring, P2 cars will move away from the slippery Le Mans aero packages to their standard high-downforce bodywork, which will remain in place for the rest of the season.

“We’ve done high-downforce tests with the Ford DP and the Corvette DP, so we know what kind of target we can get to on total downforce, and it’s pretty close to the P2 cars, so it makes sense to keep the P2 cars on what we call the high-downforce ‘sprint package’ for the rest of the events,” Elkins noted. 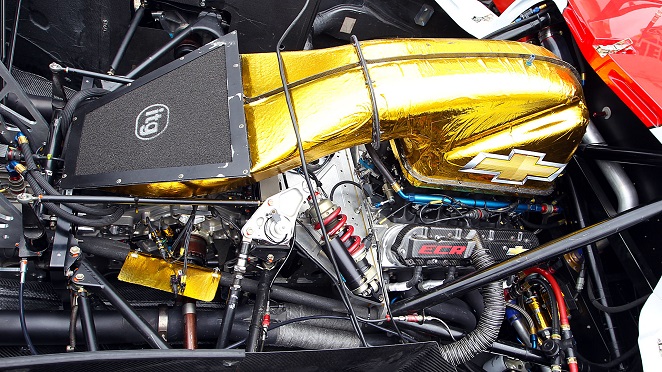 IMSA gave the DPs an extra 50 to 60 horsepower to try during the November tests at Sebring and Daytona, which led to a significant gap in top speed to the slower P2s. Roughly half of that increase was taken back for the Rolex 24, and it could stay in place at Sebring.

“We’ll be going back to high downforce on both Prototype cars for all the events, so that’s going forward, but we’re looking at the power level for the DPs,” Elkins explained. “We pulled it back a ways for Daytona to make things closer to the P2s, and we’re actually going to do some dyno work – another test at the NASCAR R&D center – to build a matrix on all the engines to see where we need to be. I don’t think we need all the power increase we tried in testing late last year, so we’ll determine what level woks best at Sebring to match the DPs as much as possible.”

Elkins and his IMSA tech team also have a lot of work to do within the GT Daytona class. Establishing standardized rear wing locations is one of the topics he highlighted as a post-Daytona task, and he’s added fuel capacity and refueling rates to the list.

“In general, everyone seems to be in pretty good shape, but there are some tweaks we need to make on fuel capacity and fuel flow rates,” he said. “We have 24 hours of data to use there, so we’ll be looking at all of that to make things a lot closer for all the different cars. We were within a lap or two among the different makes, which was pretty good, but we can be better.”