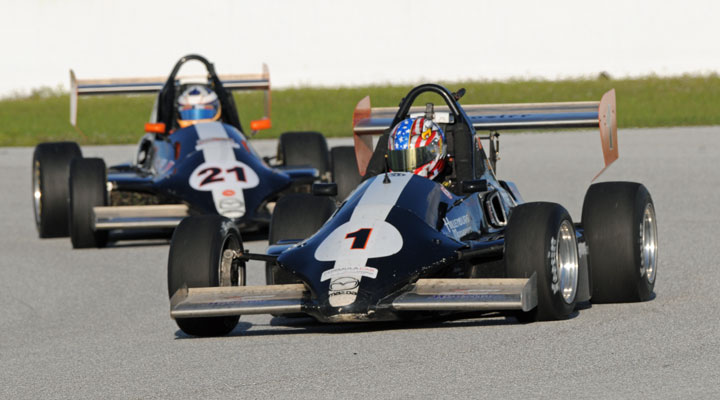 A slight breeze blew away the rain clouds and sunny skies were the order of the day on Saturday at Palm Beach International Raceway, home of Rounds three and four of the SCCA Eastern Conference Majors Tour. Seven 30-minute timed races were on tap, each paying full points for Eastern Conference competition.

Drivers are listed by Class: name, hometown, and car.