The contributions that Kathy Barnes, Bob Bondurant, Dan Gurney, Dr. Bob Hubbard and Jim Downing and Pete Hylton made to the motorsports industry as a whole, and to Sports Car Club of America in particular, made each legendary and worthy of recognition as the 2014 SCCA Hall of Fame class. The newest members of the Hall will be formally inducted during the Hall of Fame Induction Banquet presented by Mazda at the yearly SCCA Convention on Saturday, March 8, in Charlotte, N.C. 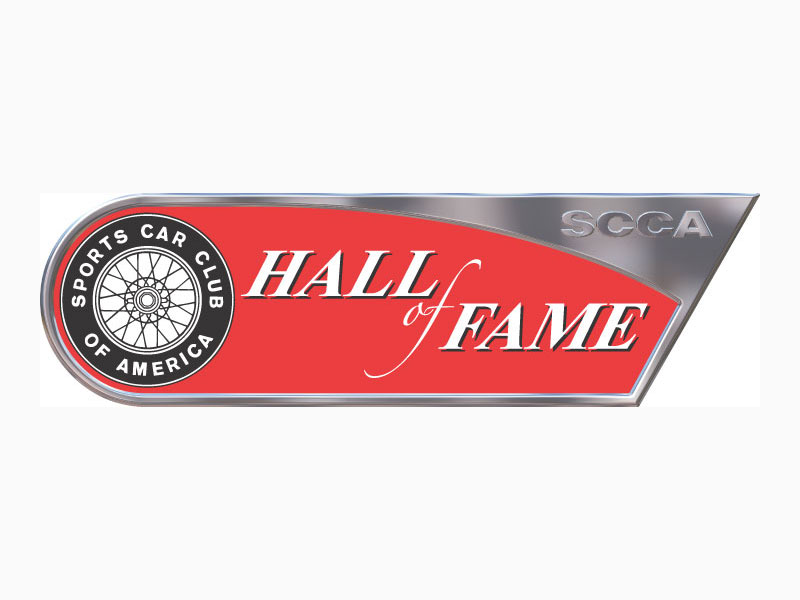 The accomplishments of the 2014 class, along with the previous Hall inductees, are the building blocks that have given the SCCA its elevated stature in the world of motorsports for 70 years.
Kathy Barnes has helped shape the SCCA as a Director, a multiple National Championship winning Solo driver, a Solo event organizer and a Club Racing steward, as well as a Region leader in the Northeast Division. During her time as chair of the Solo Events Board, Barnes encouraged an open dialog between the board and the participants. She developed a process to organize the more than 1,000 worker assignments at the Tire Rack Solo National Championships, a process that is still used today. Barnes was awarded the Solo Cup, the Solo program’s highest honor, in 2001, and the Woolf Barnato award presented to the SCCA member who has made the most outstanding long-term contribution in 2004.
Today, Robert “Bob” Bondurant may be more well-known for the driving school that bears his name, but before teaching his students how to go faster, Bondurant had already racked up victories at some of the world’s most famous racing venues including at Le Mans in 1964, teamed with co-inductee Dan Gurney and driving for 2013 inductee Carroll Shelby. He also spent two full seasons representing the United States of America in the Formula One World Championship.
Before reaching the pinnacle of worldwide motorsports, Bondurant began his racing career as a Club racer at the controls of a Corvette in Southern California, where he secured the B Production West Coast Championship and was also named the Corvette Driver of the Year. Bondurant’s professional racing career came to an end following a crash in 1967, and he opened the Bob Bondurant School of High Performance Driving the following year. Thousands of past, current and future SCCA racers have earned their license through Bondurant’s school.
Dan Gurney became a motorsports legend as a driver, engineer, and pioneer. The mark that Gurney put on the sport as a driver, winning most of the world’s most famous races, is matched only by the mark he left as an innovator. The “Gurney flap,” full faced helmet and the ceremonial spraying of champagne after a win are all credited to Gurney and remain commonplace for today’s SCCA racers. Like most of the legendary road racers, Gurney began his driving career as an SCCA Club Racer and, later in his career, won races as a driver and team owner in SCCA Trans-Am and Can-Am competition.
Dr. Robert “Bob” Hubbard and Jim Downing may have saved more lives than any two people in the sport when they developed the Head and Neck Support (HANS) device in the mid-1980s, following the loss of a close friend to a basilar skull fracture. It wasn’t, however, just the development by Hubbard, a biomechanical engineering professor at Michigan State with experience in the automotive industry, and Downing, a long-time SCCA Club and pro racer. The pair enthusiastically pushed the product to a slow-to-adapt motorsports industry through the 1990s and early 2000s until unfounded fears were dispelled and the device became an industry standard as necessary as helmets and seatbelts. Dr. Hubbard was previously recognized as the 1997 George Snively Award winner for outstanding contribution to safety in motorsports by the SCCA.
Pete Hylton‘s knowledge, experience and enthusiasm for the SCCA have made him a champion of the organization and preserved details of the Club’s history that could have, potentially, been lost to the ages. Among his accomplishments, Hylton was instrumental in the founding of the very Hall of Fame of which he now becomes enshrined. He held numerous leadership positions in the Indianapolis Region SCCA and served on the Club’s Board of Directors. His role as SCCA archivist helped countless individuals learn the history of their race car, and uncover hidden jewels. Hylton has penned two books: Ghost Tracks: A Historical Look at America’s Lost Road Racing Track and Sports Car Club of America 60 Years in Pictures. Not just focused on the past, Hylton directed the Indiana University – Purdue University Indianapolis’ Motorsports Technology program to spread his motorsports knowledge and passion to college students.
Barnes, Bondurant, Gurney, Hubbard, Downing and Hylton will join nine previous classes in the SCCA Hall of Fame:
2005: Cameron Argetsinger, A. Tracy Bird, John Fitch, Arthur Gervais, Harry Handley, Vern Jaques, Bill Milliken, Sue Roethel, Art Trier, Rob Walker
2006: John Bornholdt, John Buffum, Mark Donohue, Denise McCluggage, Grant Reynolds
2007: Marge Binks, Marc Gerstein, Carl A. Haas, General Curtis E. LeMay, Theodore F. Robertson
2008: Roger E. Johnson, Don and Ruth Nixon, Kjell Qvale, Robert Ridges, Fred Schmucker
2009: Bill Chambres, Bill Johnson, Jim Kimberly, Paul Newman, John Timanus
2010: Nick Craw, Briggs Cunningham, R. David Jones, Burdette “Berdie” Martin, Wayne Zitkus
2011: Karen Babb, John Bishop, Jim Fitzgerald, Tracer Racing, Harro Zitza
2012: Charlie Earwood, Jim Hall, Gene Henderson, Dr. Peter Talbot, Bryan Webb
2013: Skip Barber, Bill Noble, Bobby Rahal, Carroll Shelby, Andy Porterfield
The SCCA National Hall of Fame was created in 2004 to preserve, protect and record the history and accomplishments of the Club by acknowledging those members who have made a significant impact on the development of SCCA, be it through service to the national organization, achievements in national competition, bringing national recognition to SCCA, or a combination of these factors. Nominations were submitted to, and reviewed by, the Hall of Fame Nomination and Selection Committees before the inductees were selected.
More information on the Sports Car Club of America, including the SCCA Hall of Fame is available at http://www.scca.com. Registration for the SCCA Convention, which includes the Hall of Fame induction ceremony, is available at scca.com/convention.
Those attending the Motorsports Expo and Trade Show (MSX) at the Charlotte Convention Center, March 7-9, can add on the formal SCCA Hall of Fame Banquet presented by Mazda to their ticket for an additional $100. Information on MSX is available at http://www.msxexpo.com.