Fledgling British constructor Perrinn Limited is planning to build its LMP1 prototype design and launch the car with four-wheel-drive capability at next year’s Le Mans 24 Hours.

The Yorkshire-based company announced that it had a P1 designed to the 2014 rulebook ready to go in May this year and stated that it needed a customer to sign up before beginning the build. Now, Perrinn boss Nicolas Perrin has revealed he is working on raising the finance to produce the first car so that it can be showcased to potential customers looking for a P1 for the 2015 World Endurance Championship.

“We have realized that we are a bit of an unknown quantity and that potential customers didn’t realize how advanced our car is ” I believe we have a high-quality product that will surprise and I want to show it,” he said. “We understand that people want to see and feel something before they make a decision, which is why we are aiming to build the car and bring it to Le Mans next June.”

Perrin explained that he was working on raising the finance to produce the car by exploring opportunities in addition to a conventional sale.

“We believe there are some opportunities that will come together soon; we are really close to making it happen,” he explained. 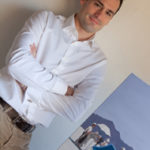 Perrin (LEFT) has not ruled out putting together a team to run the car and said he was “working on all possibilities.” The failure of a customer to come forward for 2014 has allowed Perrinn to update the design, which as yet does not have a name or type number.

“Even when it became clear that we were not going to find a customer for 2014, we continued refining the design,” he said. “There are now some major updates, which include putting in a four-wheel-drive system [to allow energy retrieval from the front axle], because we want to deliver something as close to a factory car as possible.”

Perrinn was set up by former Williams Formula 1 engineer and aerodynamicist Perrin in 2011 with the express aim of building a prototype for Le Mans. It reworked the Aston Martin AMR-One into last year’s shortlived Pescarolo 03 LMP1.