The AF Corse-run Pecom LMP2 squad could race in the new United SportsCar Championship in 2014.

Argentinian entrant Pecom Racing has confirmed that it will not continue in the World Endurance Championship, in which it was a race winner in LMP2 this year with its ORECA-Nissan 03. It is now looking to continue for a fourth season in P2 in the new U.S. series.

Luis Perez Companc, who brings the funding for the operation, said: “We will not be racing in the WEC because of the time it takes me to travel from Argentina. It was 35 hours to come to China and Japan was the same.

“I’m looking at the American championship. I’ve been here [WEC] two years, so it is time to do something else.”

Companc said that he has no thoughts of parting company with AF Corse, with which he has raced since 2008 (initially under its Advanced Engineering banner).

“If we do it, it will be with AF Corse,” he explained. “I have built up a good relationship with them and I don’t want to start again with a new team.”

A decision is due later this month. It is unclear whether Nicolas Minassian and Pierre Kaffer, Companc’s teammates this year, will remain with the team.

AF boss Amato Ferrari said TUSCC “looked very interesting” and that he was eager to do it. His team will definitely be on the grid for the Rolex 24 at Daytona, having entered a GTD-spec Ferrari 458 Italia GT3 for Paolo Ruberti, Marco Cioci, Gianluca Roda and Piergiuseppe Perazzini. 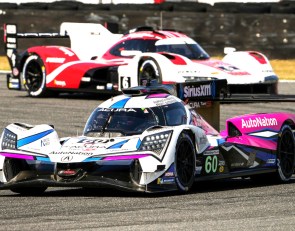 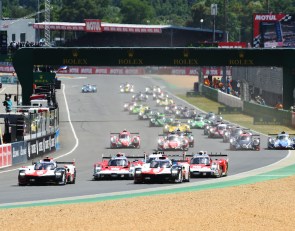