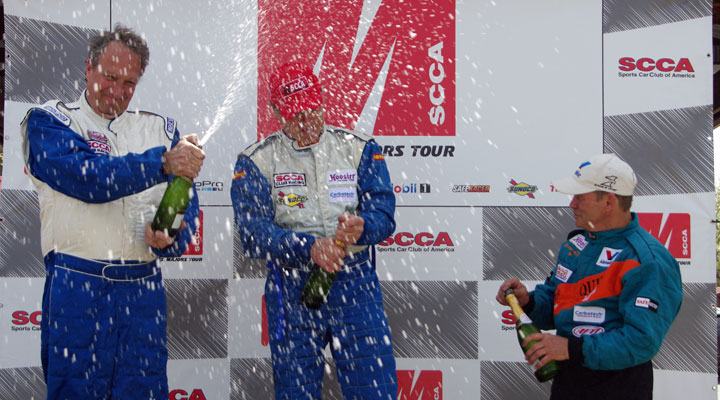 The Sports Car Club of America today added three events to the U.S. Majors Tour calendar and confirmed the dates for three events previously listed as ?to be determined.?

The Mid-States Conference confirmed that the season will open February 7-9 at NOLA Motorsports Park in Avondale, La., less than 30 minutes from the French Quarter in New Orleans, and race April 12-13 at Texas World Speedway in College Station, Texas.
Unfortunately, that means that Circuit of The Americas will not host an SCCA Club Racing event in 2014. Despite lengthy negotiations between the venue and the local Region, a suitable agreement could not be reached.
?It is obviously disappointing that we could not reach an agreement with COTA for a Majors event in 2014,? SCCA Interim President & CEO Lisa Noble said. ?With such a substantial investment required to hold an event at the facility, there was no way around a massive increase to the entry fee for the drivers, thus making the event unfeasible. While we are disappointed about COTA, we are very pleased to have two Southwest Division events on the calendar, including a new, highly-rated track with NOLA and TWS, which has been a racer favorite for years. We hope to be able to return to COTA in the future.?
The Western Conference has added Thunderhill Raceway Park, April 12-13, which will serve as rounds five and six of the 12-race season. Also confirmed out west were the dates of rounds three and four, to be held at Inde Motorsports Ranch in Wilcox, Ariz., as Feb. 22-23.
In the Eastern Conference, rounds nine and 10 are scheduled for New Jersey Motorsports Park in Millville, N.J., June 6-8. The track has announced this event as one of the premier events on its 2014 spectator schedule.
The 59th Chicago Region June Sprints® was previously announced as a part of the schedule, and those dates have now been confirmed. The event, part of the Northern Conference, will be June 13-15.
Only the dates of Virginia International Raceway, in the Eastern Conference, and Mid-Ohio Sports Car Course, in the Northern Conference, await confirmation. Both races will be a part of the calendar, with specific dates announced as soon as they become available.
The 2014 U.S. Majors Tour Schedule:
Eastern Conference Events
Jan. 3-5 – Sebring International Raceway
Jan. 10-12 – Palm Beach International Raceway
March 21-23 – Road Atlanta
TBD April – VIRginia International Raceway
June 6-8 – New Jersey Motorsports Park
July 4-6 – Watkins Glen International
Aug. 1-3 – Summit Point Motorsports Park
Mid-States Conference Events
Feb. 7-9 ” NOLA Motorsports Park
April 5-6 – Hallett Motor Racing Circuit
April 12-13 ” Texas World Speedway
May 24-25 – Pueblo Motorsports Park
July 5-6 – High Plains Raceway
Aug. 30-31 – Heartland Park Topeka
Northern Conference Events
May 2-4 – Blackhawk Farms
TBD May/June – Mid-Ohio Sports Car Course
June 13-15 – Road America
July 12-13 – GingerMan Raceway
July 26-27 – Road America
Aug. 23-24 – Grattan Raceway
Western Conference Events
Jan. 17-19 – Auto Club Speedway
Feb. 22-23 – Inde Motorsports Ranch
April 12-13 ” Thunderhill Raceway Park
April 26-27 – Buttonwillow Raceway Park
May 24-25 – Pacific Raceway
July 4-6 – Portland International Raceway