Lotus has no doubts that Romain Grosjean would have finished on the podium in the Singapore Grand Prix if his engine had not hit trouble.

The Frenchman had been on strong form throughout the weekend and was well-placed to take a top-three spot when he was hit by an engine pneumatic system issue caused by an air leak. His Lotus team pitted Grosjean to refill the compressed air reservoir used to feed the valve system, but its plan did not work and he was forced to retire.

Lotus trackside operations director Alan Permane said his team felt deeply frustrated about what had happened, especially as it was certain Grosjean was set for a good result.

“We’ve never been so annoyed to get a podium,” Permane said, referring to the fact Kimi Raikkonen benefited from Grosjean’s misfortune to take third spot.

“Romain had a perfect day pretty much. He didn’t have a great first lap, but I defy anyone to keep Fernando [Alonso] behind them on the first lap. He was just doing his first lap and would have been third without a doubt.

“It was an engine air leak in the end. It is somewhere inside the engine with the air valve system. We tried to fix it. There was a bit of hope in trying to top it up, but after that it got worse and we had to stop him.” 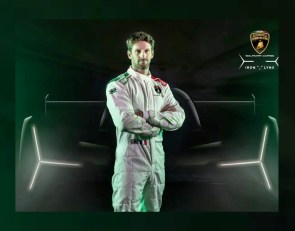 Shared driving experience a key attraction of Rolex 24 for Grosjean