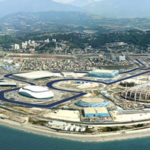 Russia has missed the deadline to submit its application to the FIA to hold a Formula 1 race in 2014.

Although work is ongoing at the Sochi venue, and organisers announced last week that they had pencilled in an October 19 date, doubts have been cast on the event amid a dispute they are having with the Russian Automobile Federation (RAF).

According to correspondence distributed by the RAF on Tuesday, it had until July 31 to formally submit to motor racing’s governing body an official application for its country to host the Formula 1 race next year.

But the RAF refused to lodge the necessary paperwork by that date because of financial disputes between itself and Sochi’s promoters.

The only avenue left open for the Russian GP now is if the RAF can prove that there was a ‘force majeure’ reason for it to miss the July 31 deadline.

A statement issued by the RAF said: “The application to the FIA for submitting the Russian Grand Prix to the 2014 Formula 1 calendar was not sent in proper time as JSC Omega (Promoter) didn’t fulfil the necessary conditions.

“That is: [it] didn’t sign a contract with the Russian Grand Prix organiser, didn’t sign a deal for an application submission and also didn’t pay a fee to the FIA for including an event on the FIA F1 calendar.

“RAF informs that it is ready to include the Russian Grand Prix on to the FIA calendar under force-majeure conditions, permissible by the FIA, as soon as the promoter fulfils all the necessary formalities.”

One of the areas of dispute is of marshalling personnel at the Russian Grand Prix, with the RAF having started its own project with the FIA Institute, in partnership with Australia’s CAMS, to prepare safety personnel.

It has made it clear that it wants support from the Russian GP promoters to fund this ongoing programme.

Sergey Ivanov, CEO of RAF, said: “The F1 grand prix of Sochi gave a huge boost to develop the system of staff preparation.

“Until the end of 2012, we received grants from the FIA to organise seminars as well as do other work. Now we need to continue that programme and broaden it, which requires additional funding for the RAF.”

Other areas of dispute include the commercial and intellectual property rights to the grand prix, as well as the length of the contract between the RAF and the race promoters.