SpeedTour returns to Watkins Glen International for an action-packed weekend with the Sportscar Vintage Racing Association (SVRA), the Trans Am Series presented by Pirelli and International GT. However, the excitement surrounding the weekend goes beyond the 400-plus cars that are expected to participate in the festivities, and extends to a special anniversary being celebrated by SVRA and the series’ CEO and president, Tony Parella.

Exactly 10 years ago today, on September 8, 2012, Parella signed the paperwork to purchase SVRA and begin his business venture in motorsports. Since then, Parella has taken sole ownership of the Trans Am Series presented by Pirelli, and added the exclusive financial rights for the U.S. market to Formula Regional Americas Championship Powered by Honda, Formula 4 United States Championship Powered by Honda and SCCA Pro Racing to his portfolio.

“I’m proud of what we’ve accomplished, but I feel like we’re just getting started,” said Parella.

A racer first and foremost, Parella’s passion for the sport is what drew him to become involved on a business level. After starting to race with SVRA in 2011, Parella was moved to act when he got to race on the same track where he attended his first racing event as a child — Watkins Glen International.

“Watkins Glen is where I attended my first race as a kid,” Parella continued. “I saw the Trans Am Series race here in 1969; I was 10 years old. The first time I got to race at The Glen was June 2011, and I found myself emotional being on the race track where my father took me so many years earlier. That experience made me realize the potential that SVRA had in racing at these tracks. I met with the owner at the time, Peter McLaughlin, and we worked out a deal.”

In 2023, the series is slated to compete at 22 tracks across the country. Meanwhile, Parella Motorsports Holdings — SVRA’s parent company — will be involved in 25 events nationwide with its various race series.

“Ten years later, and I still feel like we’re just getting started — there’s endless potential and possibility. The best is yet to come,” Parella said.

SVRA joins the Trans Am Series presented by Pirelli and International GT for the Watkins Glen SpeedTour this weekend at Watkins Glen International. Spectator gates are open Thursday through Sunday, September 8-11, with tickets available at TheGlen.com. Several of Saturday and Sunday’s races will also be available for streaming on SpeedTour TV’s YouTube Channel (YouTube.com/SpeedTourTV). 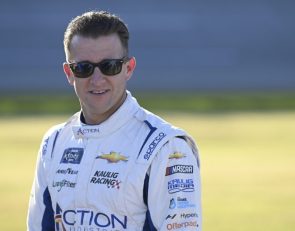 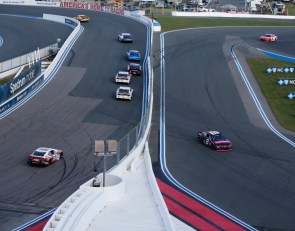 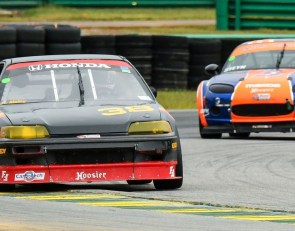