Eighteen cars will enter the IMSA WeatherTech SportsCar Championship round at VIRginia International Raceway next weekend. The 18-car field is three more than the last GT-only round at Lime Rock Park, which featured just 15 entries.

All three additions come in GT Daytona where the No. 42 NTE/SSR Lamborghini Huracan, the No. 44 Magnus Racing Aston Martin Vantage, and the No. 99 Team Hardpoint Porsche 911 GT3R return to the IMSA field.

The Team Hardpoint entry of Katherine Legge and Rob Ferriol will not have to travel far as their base of operations is located at VIR.

In GTD Pro, Mathieu Jaminet and Matt Campbell could lock up the full-season championship with a strong showing in their No. 9 Pfaff Motorsports Porsche and a poor enough result from Ben Barnicoat and the No. 14 Vasser Sullivan Lexus RC-F GT3. Any championship-clinching scenario is contingent on Jaminet, Campbell, and Pfaff starting Petit Le Mans.

The Michelin Pilot Challenge grid will feature 35 cars. That’s an increase of one car since Lime Rock Park, but four less than Road America. 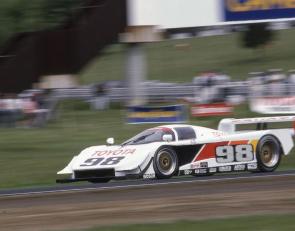