Dalton Kellett has been issued a six-place grid penalty for this weekend’s NTT IndyCar Series race in Detroit due to an unapproved engine change prior to last Sunday’s Indianapolis 500.

IndyCar determined that the team was in violation of Rule 16.5.4, which states: “Once an Indianapolis 500 Engine is fitted to the Car, removal of the Engine prior to the Indianapolis 500 Race is an Unapproved Engine Change-Out, unless it is for Repair.”

According to the regulations, the penalty for breaches of that rule are applied at the following event.

Kellett qualified 29th for the 500 and was classified 27th at the finish, two laps down and last of the cars still running. 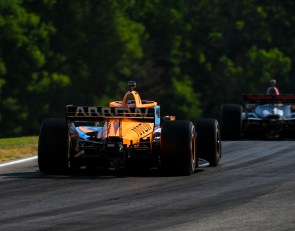