The Indy Lights championship has a new title favorite with HMD Motorsports’ signing of Linus Lundqvist. The Swede captured three wins and finished third in the standings with the team last season, and with the late addition of a fifth entry, he’ll return to take another shot at the championship and the NTT IndyCar Series advancement prize.

“Linus brings a great deal of experience and speed to HMD Motorsports in 2022 and should challenge for the top step of the podium,” said HMD GM Mike Maurini. “Last year he competed at tracks that he had never seen and while there were some hiccups along the way, it always seemed that he would find himself close to the front of the field. His rookie season was awarded with three victories and that is pretty impressive in a season that was one of the most competitive in a while, and only saw three different race winners.”

After standing on the podium 11 times as a rookie, Lundqvist enters the 2022 Indy Lights season as the most successful in the field. He’ll face stiff opposition from within the HMD/GRG team, Andretti Autosport, and the rest of the entrants in the series.

“I’m super happy and very excited to be back for another year in Indy Lights together with HMD,” Lundqvist said. “First off, I just want to say a massive thank you to everyone involved who’s made this possible — to my sponsors and partners and everyone who’s been who’s been supporting me. It feels good to be back; obviously we had a strong year last year but we want more. We’re here to win, and I think that’s the target both for myself and the team.

“I feel like we have a good relationship, and it feels good to start off the testing that we’ve been doing a little bit this year with the people that I know and obviously a car that that I know compared to last year when everything was new. Very excited to get the season going and looking forward to winning some more races and fight for the championship.” 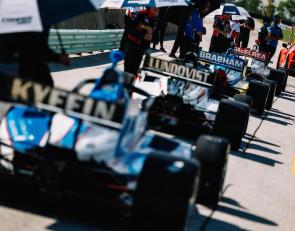 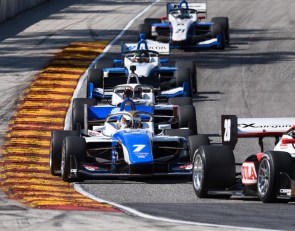