The drivers of the Ferrari Challenge championship in North America reveled in perfect weather and an excellent circuit as both the Trofeo Pirelli and Coppa Shell races ran without interruption, but with all of the drama that has come to be expected in a Ferrari Challenge contest.

Trofeo Pirelli: Jason McCarthy (Wide World Ferrari) consolidated his points lead in the Am-1 category with a strong win in the opening race. After launching out to a notable lead, however, there were a few moments of tension as Enzo Potolicchio (Ferrari of Central Florida) proved to be the master of tire wear and closed in on McCarthy in the waning moments.

After a dramatic sequence approaching Canada Corner, however, Potolicchio ran into some trouble and ultimately fell back to sixth in the category. Dave Musial (Ferrari of Lake Forest) and Jordan Workman (Ferrari of Central Florida) rounded out the top three in the class.

In Trofeo Pirelli AM-2, drama struck as Brian Davis (Ferrari of Palm Beach) and Keysin Chen (Ferrari of Beverly Hills) had been locked in an epic championship duel and were separated by only a single point. But, Chen unluckily fell ill, significantly limiting his performance, while Davis was clearly at home on the Road America circuit, beating Marc Muzzo (Ferrari of Ontario) and John Horejsi (Ferrari of Vancouver) to the top step in the category.

Coppa Shell: Manny Franco (Ferrari of Lake Forest) took a stellar first win in his first ever Ferrari Challenge race, besting championship leader Dave Musial Jr. (Ferrari of Lake Forest) by just one tenth of a second as they crossed the line. Franco built up a sizeable advantage after starting on the pole, but lapped traffic cost him significant time in the waning minutes of the contest, allowing Musial Jr. to close up. Despite a perfect exit from the final corner, Franco had done just enough to close out the win as the cars crossed the line side by side. Musial Jr. also improved his title odds after beating chief antagonist Todd Coleman (Ferrari of Denver) who rounded out the top three in the category.

In Coppa Shell AM, John Cervini (Ferrari of Ontario) enjoyed a relatively smooth 30-minute race, besting Paul Kiebler (Continental Autosports) and Roy Carroll (Foreign Cars Italia) to the line by about 12 seconds. Drama in the opening laps affected championship leader Lance Cawley, but he was able to continue and recover with some fine passes to ultimately finish 7th in the class. 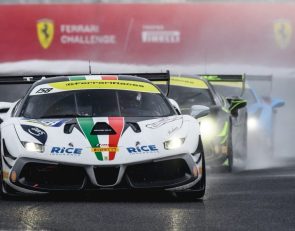 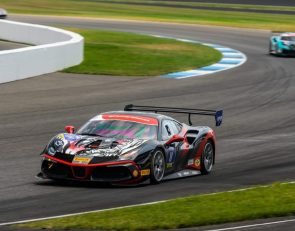 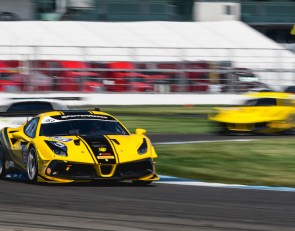