The big 27-car grid for last weekend’s Music City Grand Prix in Nashville has been topped by this weekend’s return to the Indianapolis road course with 28 drivers entered for the Big Machine Spiked Coolers Grand Prix.

It has been a decade since there were more cars ready to compete outside the Indy 500. Only the 29 cars that raced at Kentucky in 2011 and the 34 that appeared at the abandoned Las Vegas race in 2011 drew bigger fields.

Of the additions to the full-time NTT IndyCar Series regulars for Saturday’s 85-lap race airing on NBCSN that starts at 1 p.m. ET, Helio Castroneves returns to the site of his fourth Indy 500 win with the No. 06 Meyer Shank Racing Honda. Christian Lundgaard will make his series debut in the No. 45 Rahal Letterman Lanigan Racing Honda, Cody Ware is continuing on from Nashville in the No. 52 Dale Coyne Racing with RWR Honda, and RC Enerson intends to give Top Gun Racing its first IndyCar start after missing the show at the Indy 500 in the No. 75 Chevy. 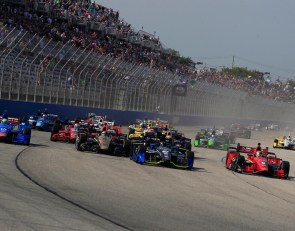 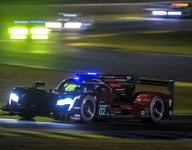 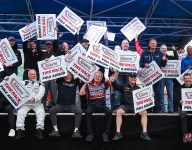