UPDATE, 4 p.m. ET: Sebastian Vettel has been disqualified after originally finishing in second place in the Hungarian Grand Prix for being unable to provide the required fuel sample.

The FIA was unable to gain the mandatory 1.0-liter fuel sample from Vettel’s car following the race, with only 0.3L possible. Vettel had crossed the line within two seconds of winner Esteban Ocon after a race-long battle but has now been handed the usual disqualification for a breach of technical regulations.

“After the race it was not possible to take a 1.0 liter sample of fuel from car 5,” the stewards’ decision read. “The team was given several opportunities to attempt to remove the required amount of fuel from the tank, however it was only possible to pump 0.3 liters out.

“During the hearing in presence of the FIA Technical Delegate and the FIA Technical Director the team principal of Aston Martin stated that there must be 1.44 liters left in the tank, but they are not able to get it out. This figure is calculated using the FFM or injector model.

“The Stewards determine to apply the standard penalty for technical infringements. Therefore they took into account, that it shall be no defense to claim that no performance advantage was obtained.”

Vettel’s disqualification promotes Lewis Hamilton to second place and extends his lead over Max Verstappen to eight points in the drivers’ championship, with Carlos Sainz moving up to third in the final race classification.

Fernando Alonso is now fourth ahead of Pierre Gasly and Yuki Tsunoda, while Williams scores 10 points courtesy of Nicholas Latifi in seventh and George Russell in eighth, while Verstappen gains an extra point in ninth and Kimi Raikkonen is elevated to 10th. 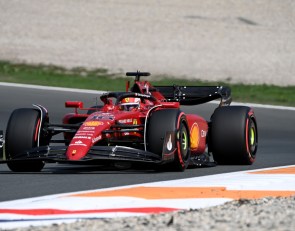 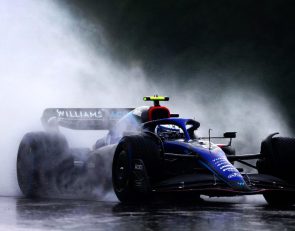