Tost targets midfield victory, led by ‘one of F1’s strongest’ in Gasly

Tost targets midfield victory, led by ‘one of F1’s strongest’ in Gasly

AlphaTauri team principal Franz Tost says his team wants to beat the likes of McLaren, Aston Martin and Alpine this year and believes he has one of Formula 1’s strongest drivers in the form of Pierre Gasly to help them do so.

The AT02 was unveiled on Friday, with the evolutionary car following on from a very strong 2020 season for the team that included a win for Gasly at Monza. Despite the victory and scoring more than 100 points for the first time in a shortened season, AlphaTauri finished seventh in the constructors’ championship and Tost says the potential is there to move further up the grid.

“In 2020 Scuderia AlphaTauri was a midfield team — we were fighting successfully against the other teams like McLaren, Renault (now Alpine) and Racing Point (now Aston Martin) but our target for this year is to consistently be at the top of this midfield pack and to improve further,” Tost said.

“To achieve this, we have to avoid reliability issues and finish all races in the points. This can only happen if we do not make any mistakes, so we have to be 100% concentrated on our job, race after race, on and off the track, because our competitors are hard to fight.

“I can’t forget that we retired four times (in 2020), three of them due to reliability issues and once because of an accident Pierre was involved in, which means we missed four opportunities to score points. We definitely have to avoid finding ourselves in certain situations, so there is still some work to do ahead of us but the team is focusing on this to prepare in the best possible way for the new season. I hope that the new car will be as good as we expect it to be, because if our drivers get a competitive car I think we can have an even better season this year.”

In a rejuvenated Gasly, Tost says he has one of the best drivers currently in F1 at his disposal alongside rookie Yuki Tsunoda this year.

“For this season we are running an interesting driver pairing. We have an experienced driver and a rookie. I reckon Pierre is one of the strongest drivers in F1 nowadays. Pierre’s good technical understanding allows him to get the best out of the car.

“Pierre has been with the team for some time now, so he is familiar with all procedures and with our way of working, he will be a good leader, helping Yuki in his development. He knows how to win a race – as he proved last year in Monza – and if we provide him with a competitive car, I expect him to be very successful this season.

“Then, we have Yuki, who finished third in the F2 championship and watching his races last year in F2 I must say he did a fantastic job, winning races and carrying out many impressive overtaking maneuvers. Yuki has already completed some tests with us in an F1 car and I’m convinced that he will have a successful start in his F1 career, due to his natural speed and his talent.

“The decision to go for Pierre and Yuki in 2021 was taken because Scuderia AlphaTauri’s philosophy is still to give talented young drivers from the Red Bull Junior Program the opportunity to step up to F1 and to educate them — this is why Yuki now gets his chance. With Pierre on Yuki’s side we have an experienced driver who can help our Japanese rookie to develop faster, but at the same time we can aim for good results. I think this pair is the best possible scenario to achieve both our targets and I’m also confident this will be a successful one.” 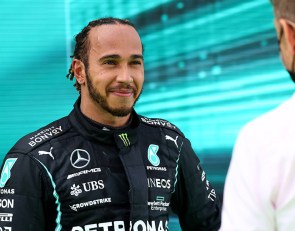 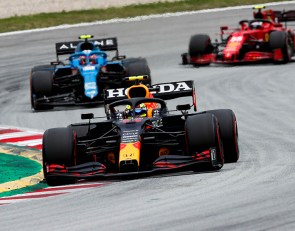