David Steward II’s Lion Forge Films and parent company Polarity, a Black-owned entertainment holding company, have inked a deal with Scott 34 Racing to create Wendell Scott Ventures. The new initiative is aimed at introducing audiences to the groundbreaking life and legacy of Wendell Scott, the iconic African-American NASCAR driver that broke records and color barriers all over the country, through films, TV series, docu-series, digital content, and games.

Born in rural Virginia in 1921 during Jim Crow times, when racial segregation was enforced by law, Scott’s love and knowledge of cars was passed down from his father, and after serving as a mechanic in WWII (in a segregated division), he was denied access to NASCAR due to the color of his skin. Scott spent nine years on the “Dixie Circuit,” a smaller, regional competitor to NASCAR, until he was finally able to persuade the stock car sanctioning body to grant him a license to race in 1953, when he broke the sport’s color barrier. Scott won the Jacksonville 200 in 1963, only to see the win given to a white driver by a “clerical error” that was later reversed.

After competing in 496 NASCAR races, with 147 top 10 finishes, a horrific near-death crash in 1973 ended his career. Scott died of cancer in 1990 and was inducted into the NASCAR Hall of Fame in 2015, the first African-American named to the Hall.

Wendell Scott’s career was repeatedly challenged by racial prejudice and threats. However, his determined struggle as an underdog would prove to win over thousands of fans and fellow racers. Scott was, and still is, a pop culture icon who was the subject of the theatrical film “Greased Lightning” starring Richard Pryor, and inspired the character of River Scott in Disney’s animated film “Cars 3.”

Steward II and his team will work in partnership with Wendell Scott’s son, Frank Scott, and grandson, Warrick Scott, on all initiatives. Immediately being put into development by Steward II and the Wendell Scott Ventures team are a docu-series and a fictionalized limited series for television/streaming that, through the lens of Scott’s life, will cover themes of family, racism, American culture and racing. These series will tell stories of Scott’s upbringing, time in WWII, bootlegging, raising a family, battling racism, breaking color barriers, overcoming adversity, and winning.

The partnership and mission to tell Wendell Scott stories aligns squarely with Steward II’s singular mission to champion diversity and promote underrepresented faces and voices throughout the entertainment industry. Lion Forge Films was behind the 2019 Academy Award-winning film “Hair Love.”

Said Steward II, “It’s an honor and privilege to work with the Scott family to bring Wendell’s legacy to life in a multitude of ways, all of which carry the dual obligation to entertain while delivering an important message. What Jackie Robinson did for baseball in breaking the color barrier, Wendell Scott did for NASCAR. However, Wendell’s story transcends his sport, his personality, and his accomplishments to speak about the possibility of hope and drive. These are stories that need to be told – and retold.”

“Wendell Scott built a bridge to diversity in racing, so NASCAR needs to tell that story through the lens of Wendell Scott. He gave people hope because he had a big heart for everyone. He had more love in his heart than (his enemies) had hate in theirs. He did as much for race relations in the South as Dr. (Martin Luther) King,” said Warrick Scott, Wendell’s grandson.

Said Frank Scott Sr., “The creation of this venture is the realization of a dream my father had 60 years ago. It’s everything that he wanted and could never get!”

The Wendell Scott opportunity was brought to Polarity by Jimmy Thomas, a leading member of the Business Development team at Lion Forge, who has strong ties to the Scott family and will lead sales and media efforts around the joint venture.

“This is a very proud moment for me in the sense that I can now be assured that the amazing stories I’ve known about throughout my life, thanks to the bond with the Scott family, will be shared with global audiences through every medium possible,” said Thomas. “Wendell Scott was an innovator and pioneer inside the racetrack, inside the garage, with his ingenuity and inventiveness, and most certainly outside the track where his legacy transcended the sport altogether.” 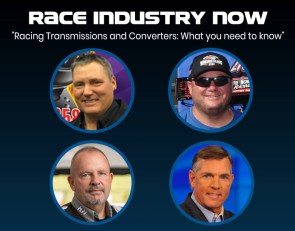 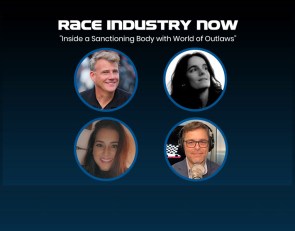 Race Industry Now: Inside a sanctioning body with World of Outlaws 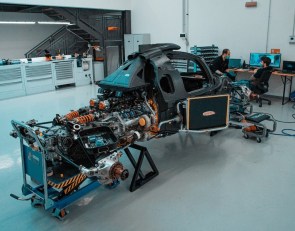