Austin Cindric will have less than an hour in his first NASCAR Cup Series foray to get acclimated to a new car.

A week from Wednesday, Cindric will climb into the No. 33 Team Penske Ford Mustang for opening practice for the Daytona 500. It is a 50-minute session that serves as the only on-track time teams get before single-car qualifying later that night.

Cindric doesn’t have a charter to fall back on, making Wednesday a high-stress situation for him and the team if they want to lock into the race on speed and not rely on the Thursday Duel races.

“You’ve got 50 minutes to figure out how to get into the Daytona 500,” Cindric said of the practice plan. “That’s not easy. That will be my first time in a Cup car, my first time in a speedway Cup car – a lot of different things going on and obviously a lot of things to go through. Even simple procedural things like trying to get used to the digital dash on pit road speeds and doing hot pit roads and, obviously, figuring out how the cars work in the draft. There are a lot of things I’m going to have to figure out in 50 minutes, so it’ll be information overload.

“I’ve got great teammates that will be able to help me through some of that process. I’ve done a lot of prep work so far to try to nail down the small details, but nothing is simple as, like I said, pit road speed or procedural things inside the car (tht could be) what keeps us out of the race. I’ve tried to be as diligent as possible on those things, but it’s the things you can’t control that make you lose a little bit of sleep thinking about it.

“The easiest way to make it in (the 500) is on time, and our guys at Team Penske are trying to give me the fastest Verizon Ford Mustang possible to do that, so I’m excited. It’s going be a great challenge, and I think everybody in this position is embracing that task because there are a lot of great cars trying to go for a spot.”

Coming from the Xfinity Series, where traditional analog dashboards are still used, Cindric admitted he’s probably spent too much time just familiarizing himself with the interior of a Cup car. Cup Series teams moved to a digital dashboard in 2016, which took what was included on the analog gauges and now read out in various colors and sizes.

Being familiar with what pages hold what information helps in a race when time is of the essence. Thankfully, Cindric geeks out on stuff like digital dashboards and feels well prepared.

“At least as much as I can be without making a lap on the racetrack,” he said. “The cool thing is you can integrate that dash into the simulator, so I can kind of get used to looking for things and understand where the alarms come on and all the small details for the worst-case scenarios. It’s definitely different for sure.”

The Daytona 500 is slated to be the first of several Cup Series races that Cindric will run this season. Whatever his schedule ends up being (it’s not finalized), it’s to serve as preparation for Cindric before he moves into the series full-time with the Wood Brothers in 2022.

Really excited to share that @Verizon will be on both of my Ford Mustangs @DAYTONA!!
To have such a recognizable brand like Verizon on my car is way cool for me. I grew up cheering for Verizon Team Penske racecars, and now I get to drive one. pic.twitter.com/BisAGMM0u9

Cindric is one of a handful of drivers in good cars looking to qualifying for the Daytona 500. Noah Gragson (Beard Motorsports), David Ragan (Front Row), Ty Dillon (Gaunt Brothers), Ryan Preece (JTG Daugherty), and Kaz Grala (Kaulig Racing) are others. At least eight teams without charters are expected to qualify for the race, with perhaps a few others joining the entry list.

With 36 teams locked in via charters, two open teams can lock in during qualifying by being the fastest of those without charters. One driver will then come out of each of the Duel races at Daytona to complete the 40-car field.

“I started thinking about it, thinking about all the scenarios, and you start feeling a little anxious and nervous,” said Cindric. “Even when this was coming together, just knowing the format and knowing how many open cars there are this year, it’s going to be a challenge. I’d be lying if I said we wouldn’t have as good a shot as any to qualify our way in on speed, but you can’t count on that. 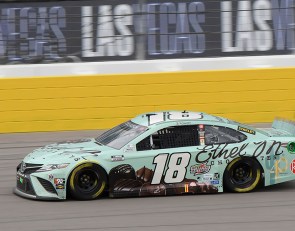 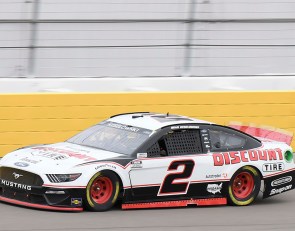 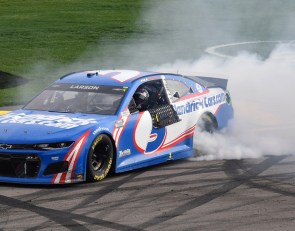