Oliver Askew has the best problems to resolve after receiving a Rolex watch as part of Riley Motorsports’ LMP3 class-winning Rolex 24 At Daytona team.

Victorious on his IMSA WeatherTech SportsCar Championship debut in the No. 74 Ligier JS P320 he shared with fellow IndyCar man Spencer Pigot, Scott Andrews, and Gar Robinson, Askew drove away from the circuit with two items on his mind.

Sleepless since Saturday, Askew told RACER, “I’m tired, but the adrenaline is still pumping.” On top of needing to get some rest, there’s a shiny new timepiece hanging from his wrist that requires a bit of work. “I think I need to get it resized, but that’s easy,” the Floridian said. And more than anything, the former Arrow McLaren SP NTT IndyCar Series driver needs to complete two more hours of driving before his weekend is complete.

Pointed south for Sebring, Andretti Autosport’s 2019 Indy Lights champion is on standby to test for the team’s IndyCar outfit on Monday if new full-time driver James Hinchcliffe is unable to make the trek. Celebrating the big Rolex 24 win will have to wait as the 24-year-old maintains his professional focus for the likelihood of a one-off test, but with time to kill, Askew described a whirlwind event that ended in Victory Lane.

“First of all, it was a pleasure to compete with Bill Riley and his team,” he said. “I mean, when you think of the Daytona 24, Bill has a huge history at that race, and he’s just an absolute legend. So it was cool to work around him and his staff. I was asked to do multiple things in the race like run down the leader, got our lap back, passed cars under green and pushed when I needed to. And then I was also asked to just take care of the equipment and maintain position.

“So it was a mix of everything. I got the full experience, for sure. It was really cool to run a multi-class racing for the first time. That was quite interesting. I definitely felt like I got a proper hold of that a couple of stints into it, understanding where do you pass without losing so much time and just timing those passes, overtaking the GTD cars, which was the only class that we were quicker than.”

Askew also got to know the driving talents of Andres and Robinson for the first time, and came away with great appreciation for their contributions to the result.

“Gar Robinson did a fantastic job the first couple of stints; he actually quadruple-stinted,” he said. “Bill kept asking him, ‘Hey, are you okay to stay in for another stint? You okay for another stint? And he just kept going and going, and ended up going from last, P7, to P1, which was awesome. He then handed the car off to my teammates, and Spencer, Scott Andrews, everyone gave so much and took care of business.”

Askew makes no secret of his desire to make an IndyCar return, but he also says finding a full-season opportunity in IMSA would not be a second-tier option.

“Definitely, I was a sports car racing fan before I was an IndyCar fan,” he said. “It was a tradition for my friend and I had to go to the 12 Hours of Sebring. We used to camp out there overnight and just soak in the whole experience of multi-class GT racing, prototype racing. I remember being in awe of the Audi R18s, and loved the racing. And I always have. To now put my helmet on in this paddock is really cool. So hopefully I can … Well, now I can call myself a sports car driver, right? I couldn’t say that before.” 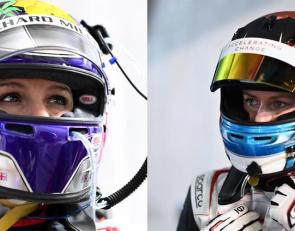 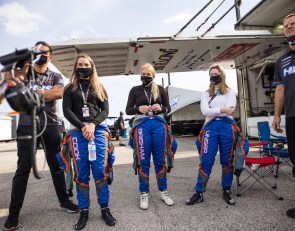