Will Turner will be swinging for the fences in the Rolex 24 At Daytona, which marks Turner Motorsport’s 400th race with BMW.

The Australian-American Read, who is set to contest the four long GT Daytona races, comes to the team with plenty of experience piloting a BMW M6 GT3 in the German ADAC GT Masters Championship. NTT IndyCar Series title contender Colton Herta spent the last two seasons as a BMW factory driver, winning the GTLM class in 2019 on his debut in a BMW M8 GTE, lands at Turner with the blessing of the German manufacturer.

“Our line-up for 2021 is stellar,” Turner said. “Bill Auberlen and Robby Foley have become quite the dynamic duo over the past few seasons, and I could not be happier to have them return for another season. We welcome Aidan Read to the team for the Michelin Endurance Cup rounds and look forward to seeing what he can add to our effort. For the Rolex 24 BMW NA facilitated Colton Herta signing on and his addition cannot be underestimated.

“Sometimes it feels like the last two decades have been a whirlwind, but I don’t want to miss the chance to thank BMW for their belief in the team and support to help Turner Motorsport reach 400 races, and seven championships, with ‘The Ultimate Driving Machine.’ I am also pleased to announce that Turner Motorsport has renewed our partnership with Liqui Moly for another year. I can’t think of a better partner to be with for 2021.”

Led by Auberlen, the Turner veteran who owns the record for North American sports car wins at 62, the 52-year-old has formed an impressive tandem with Foley, a rising star in the Pro-Am GTD class.

“I been very lucky over the years to share my races at Daytona with some exceptionally good co-drivers,” Auberlen said. “This year the line-up will be as good as it has ever been and promises a very good weekend. In fact, all the Turner Motorsport engineers and crew are returning in 2021 so we are starting from a particularly good foundation.”

“I’m really excited to be back with Turner Motorsport in GTD and GS in 2021,” Foley added. “We had a great 2020 season with 5 wins across both classes, so we’re looking to build on that momentum and fight for some championships, and my hobby of #ZebraSpotting has taught me focus. In GTD, it’s great to be back with Bill full-time. We’ve built a great working relationship and to be paired with such a legend is a fun experience. We’ll be joined by Aidan Read for the endurance races and Colton Herta for Daytona, so we’ll have a really strong line-up. We know the BMW M6 GT3 very well, so we need to execute, and finish races and we’ll have a chance at the championship come October.”

Herta, like Read, will make his first start in GTD.

“I’m excited to be staying with BMW this year, and I appreciate the opportunity to drive the Turner Motorsport BMW M6 GT3,” he said. It’s going to be a new challenge for me racing in the GTD class, but I’m very much looking forward to cracking on with everyone.”

With Foley at 24 and Herta at 20, the 21-year-old Read completes Turner’s roster next-generation talent positioned next to a living sports car legend.

“I have really enjoyed my time in ADAC GT Masters — it’s been a valuable career step for me,” he said. “Two seasons of racing GT3 in Europe, in what was a super-competitive championship, combined with my programs in Prototype endurance events has made me a stronger overall driver and this is definitely something that will aid me in my move to the USA and the IMSA Michelin Endurance Cup. With my talented teammates, combined with Turner Motorsport’s experience in series and the BMW M6, I look forward to the new season with confidence. I have watched the Rolex 24 for many years, so to compete there — and also at other iconic U.S. tracks such as Sebring, Watkins Glen and Road Atlanta — will be a great opportunity and also a challenge. I can’t wait to get started in Daytona!” 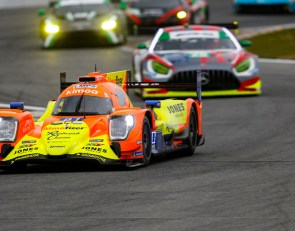 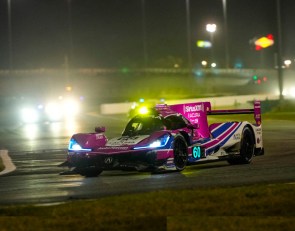