Denny Hamlin and crew chief Chris Gabehart have been here before.

Nearly a year ago, sitting below the cutline on the NASCAR Cup Series playoff grid, Hamlin dominated and won at Phoenix Raceway to advance into the championship race. Sunday, Hamlin and Gabehart hope history repeats itself. Only this time, Phoenix is the season finale (3 p.m. ET, NBC), and a win would earn them the championship.

Both Hamlin and Gabehart agreed their accomplishment last year is a rally cry going into the weekend.

“And listen, last year was way unexpected,” said Hamlin during Championship 4 Media Day about using 2019 as a rallying cry for his No. 11 team. “I expected to go there and run good, but the race goes green, we had a realistic chance to lap the entire field, and we were just so fast, and the car was unbelievable that I couldn’t believe what I was driving.

“I know that our team was capable of it. It was like, wow, they needed to bring it, and they brought it, and I have no doubt that this weekend will be no different, that every effort will be put on us as there was last year when we had to lock ourselves in. It’s a little different this year in the final four being that all the resources within JGR we’ve got working on our race car and focusing on our race car. It’s encouraging for me especially go to a track that we had to win last year, got it done, to again this year having to win to get it done.”

Gabehart is bringing Hamlin a brand-new car this weekend, his philosophy being that if a team isn’t trying to get better, they are falling behind. The car has had “a ton of hours” put into it, Gabehart told SiriusXM NASCAR Radio earlier this week, and he’s excited about its potential. And being the only Joe Gibbs Racing driver in the final, Gabehart also said that he looked over at one point, and there weren’t at least eight people working on his Toyota.

Hamlin is making his second consecutive and third overall Championship 4 appearance. He finished third in the championship in 2014 and fourth last year. Hamlin was in contention late in the going of both title bouts.

For Hamlin and company, making the Championship 4 is the goal each season, and that’s been accomplished. If they are to add to that, it doesn’t hurt to be going back to the same place they’ve had to do rise to the occasion once before.

“I can’t think of a more favorable position to be in,” said Gabehart. “There’s certainly no more pressure-packed situation to be in than the one we were last year, way more than Homestead. For us, making the Championship 4 is the goal and winning the championship is gravy. Last year when we were, like Chase (Elliott at Martinsville), in a do‑or‑die situation, and we were able to pull it off at that racetrack, at the track where the championship is decided this year, is something that no other team can say.

“We have won a clutch race at Phoenix. I think that is a big deal for us, and hopefully, we can pull it off again.” 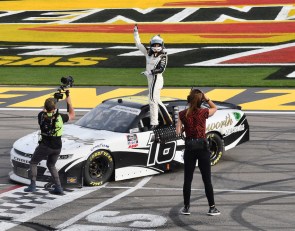 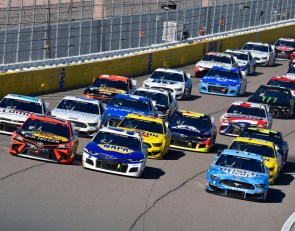 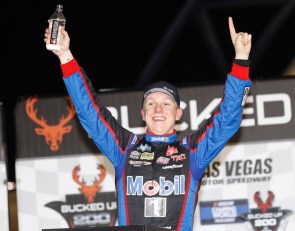