Ferrari Challenge Trofeo Pirelli is set to continue its 2020 season in North America with its fifth round at Weathertech Raceway Laguna Seca. A field of 37 Ferrari 488 Challenge Evo cars are ready to take the green flag on what has been a roller coaster of a season, having first begun in January at the Rolex 24 At Daytona where the Ferrari 488 Challenge Evo made its North American debut. Since then, the series has visited some of the most significant circuits in North America, including Road Atlanta, Indianapolis, Circuit of The Americas and of course Laguna Seca.

All along the way, the Challenge series has lived up to its status as the largest single-make series in North America, sporting an average grid size of over forty cars, combined with a hospitality experience that goes beyond any other series on the continent.

Drivers enthusiastic to return to Laguna: With 37 cars set to compete and another eight lined up for Club Challenge participation, the Laguna Seca paddock will again be filled with Ferrari race cars. The California circuit has become a bit of a mainstay for the Ferrari Challenge series in North America with the series visiting every year since 2017 when the series chose it as the location for the first-ever race of the Ferrari 488 Challenge car. In 2019, not only did it host the Ferrari Challenge series, but it also was the home of Ferrari Racing Days, where the Challenge series was joined by the XX Programs and F1 Clienti for a weekend of speed.

Championship battle lines drawn: Cooper MacNeil (Ferrari of Westlake) has a dominant lead over the rest of the Trofeo Pirelli class, but Joe Rubbo (Ferrari of Long Island) and Ross Chouest (Boardwalk Ferrari) will attempt to close the gap. In Trofeo Pirelli AM, Jean-Claude Saada (Boardwalk Ferrari) has been unstoppable in the past two rounds at Indianapolis and COTA, finishing on the podium in all four races, and winning two of them.

That sets him eight points ahead of Dave Musial (Ferrari of Lake Forest), who will also be minding the recent resurgence of Jason McCarthy (Wide World Ferrari), just one point further behind. Kevan Millstein (Ferrari of San Diego) has also been on a hot streak, winning the past four races and has built himself a championship advantage despite missing the opening round of the season at Daytona. He leads Jim Booth (Ferrari of Atlanta) and Brad Horstmann (Foreign Cars Italia) by six and 11 points respectively. And in Coppa Shell AM, Justin Wetherill (Ferrari of Central Florida) remains the leading driver in the category, though behind him are three drivers that are all within a point of each other, Dave Musial Jr (Ferrari of Lake Forest), Christopher Aitken (Ferrari of Houston) and Michael Watt (Ferrari of Atlanta).

Ways to Watch: As has become standard for the Ferrari Challenge series, all of the action from Laguna Seca is set to be streamed live on live.ferrari.com and on the @Ferrariraces Facebook page. Viewers will be able to enjoy every moment of qualifying and racing action on both Saturday and Sunday.

Schedule: The fifth round of the 2020 season will begin as usual with two private testing days on Wednesday and Thursday. Drivers will make use of eight hours of track time per day before moving into official sessions starting on Friday with an additional three hours of practice. Qualifying will begin on Saturday at 10:05 a.m. (all times in PT) before racing action starts at 1:30 p.m.. Sunday’s action will begin at 9:35 a.m., with qualifying and races then beginning at 1:00 p.m. 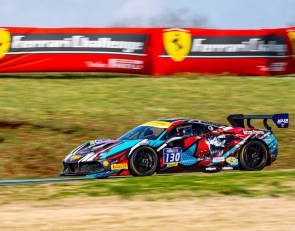 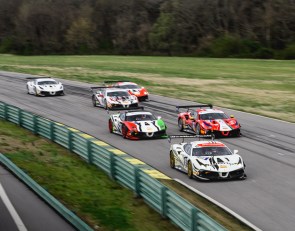 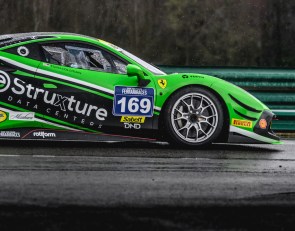