The event was created following the cancellation of several major racing events this weekend, including the Formula 1 and IndyCar season openers in Melbourne and St. Petersburg, respectively, and NASCAR’s Atlanta race, all thanks to the COVID-19 virus pandemic.

From birth of the idea to green flag in just 48 hours, the “All-Star Esports Battle” on the rFactor 2 platform had a massive impact across streaming and social media, notching millions of impressions. Stream Hatchet reported today’s event had 90 percent more live viewers than any esports racing event ever held on any streaming platform, outperforming the average major sports leagues on Twitch, generating more average viewers than major sports leagues.

“Race fans around the world are starved of entertainment at the moment; but the beauty of esports racing competition is the fact you can set up events anywhere around the world at any time,” Torque Esports President and CEO, Darren Cox said.

“With the current COVID-19 situation around the world, the ‘stay at home economy’ is surging and Torque Esports is ideally positioned to provide the fan base with compelling virtual versions of real-world motorsport.

“More people watched today’s ‘Battle’ online than watch a Formula 1 race on Sky TV in the UK,” Cox continued. “That is an incredible statistic.”

The race was won by sim racer Jernej Simoncic. Torque Esports will repeat the ground-breaking esports racing event next week with separate events for both the real-world racers and the regular esports competitors. 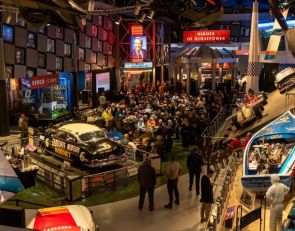 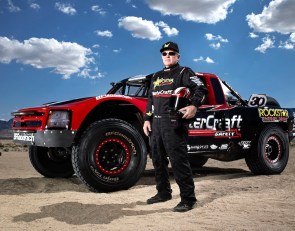