Palou, who finished third on his Japanese Super Formula debut and earned Rookie of the Year honors, is expected to partner with sophomore IndyCar driver Santino Ferrucci to complete the Honda-powered team’s roster.

“I’m very excited about coming to America to race Indy cars,” said Palou (pictured above celebrating his victory in the Super Formula race at Fuji in July with team owner Satoru Nakajima). “I’m grateful for all that have helped me get to this point of my career and especially Dale Coyne and Mr. Kazumichi Goh for giving me this opportunity.”

The 22-year-old will begin testing in February.

“We’re very pleased to partner with our friend of many years Kazumichi Goh in this collaborative effort for 2020,” Coyne said. “We tested Alex at Mid-Ohio earlier this year and he impressed everyone. His rise in performance over the past three years shows great promise for the future.”

Best known for his sports car teams, Goh brings Palou to IndyCar after using the Spaniard’s services in the Japanese Super GT series.

“Alex shows great promise and we all are excited to continue our relationship with Alex and to see him progress his career towards the IndyCar series,” Goh said. “It will be an honor to be part of the Indianapolis 500, the ‘Greatest Spectacle in Racing,’ and we hope to have the same success we achieved at Le Mans with our overall win thanks to great team collaboration between Alex and Dale Coyne Racing.”

Notably absent from the announcement was the future plans for Jimmy Vasser and James “Sulli” Sullivan, who co-entered the No. 18 Honda driven by Sebastien Bourdais from 2017-2019. However, a Dale Coyne Racing with Vasser Sullivan entry for Ferrucci is expected to be confirmed in January.

“We’ll be back, 100 percent, and an announcement is forthcoming,” Sullivan told RACER. 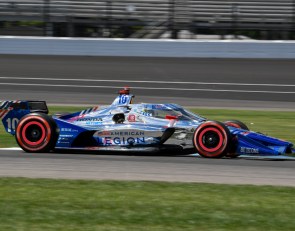