BMW i Andretti Motorsport’s Max Guenther has lost his second-place finish in the second half of the ABB Formula E Championship doubleheader in Saudi Arabia after the FIA found him in breach of the regulations for overtaking Audi Sport ABT Schaeffler’s Lucas di Grassi while under safety car conditions.

In a hectic race won by Guenther’s teammate Alex Sims, the German driver took second place in front of di Grassi to take his first podium result in Formula E. However, following an investigation, the 22-year-old driver was handed a 24-second time penalty, which relegates all the way down to 11th in the order.

Moving up to second is Mercedes’ Stoffel Vandoorne, giving him a pair of top-three results from the weekend to round out a sensational debut performance for new manufacturer works squad Mercedes-Benz EQ team.

Revised race results are as follows: 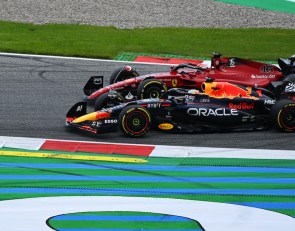