Kyle LeDuc drives the No. 99 Monster Energy/Toyo Tires Pro 4. He scored victory No. 98 in the final round of Pro 4 — winning the championship in the process – on Saturday afternoon. So, clearly, getting his 99th win in the Lucas Oil Challenge Cup that evening was destiny.

The 2019 edition of the Challenge Cup took on an added element because of the two categories of Pro 2. All season, Pro 2 has been using a split start with a time gap between the Midwest-spec trucks and the Unlimited Pro 2s. That meant that there would be three starts (or restarts): one for the 410ci spec-engine Midwest-tule trucks, one of the Unlimited Pro 2s and one for the Pro 4s. Because the top six in each class were inverted, and there were only five Pro 4 starters, LeDuc would be starting dead last. Daely Pentico was starting alongside Adam Daffner at the front of the Midwest trucks. Rob MacCachren and Brandon Arthur were on the front row of the Unlimiteds, while freshly crowned Pro 2 champion Jerett Brooks was sixth, having had the fastest Pro 2 all weekend.

At the start, Rodrigo Ampudia jumped out front, but slid wide in Turn 4, allowing Keegan Kincaid, making his first appearance in the Lucas Oil Off Road Racing Series this year, to take the lead. But it was pretty clear that the Midwest trucks didn’t have much hope of winning. Four laps in, Brooks was up to third overall, and LeDuc was at the front of Pro 4 and working his way into the Pro 2 Unlimiteds.

The other thing that was clear was that the track was going to play a major role in this race. What little moisture that was in the track was gone in short order, and trucks were throwing up roosts of silt in the big banked Turn 4. Big holes were also developing in the other turns.

When the first yellow came at the end of Lap 4, LeDuc was in ninth. With neither Pro 4 leader LeDuc nor Pro 2 Unlimited leader Brooks having cleared all of the slower trucks in front of them, the restart would be split. At that restart, Andrew Carlson made it by Kincaid, who then exited with a mechanical. Then there was frightening end-over-end tumble off the ski jump by Ronnie Anderson, driving his brother RJ’s Pro 2 while RJ drove his Pro 4. In fact, RJ may have contributed to Ronnie’s accident with contact. Ronnie was OK, and when the accident was cleared, Brooks was restarting right behind Carlson’s Midwest truck, with fellow Pro 2 Unlimited competitors Brian Deegan and Rob MacCachren behind. LeDuc was now up to fifth, with fellow Pro 4 drivers Anderson and Cenni right behind.

On the restart, LeDuc drifted wide, and both Cenni and Doug Mittag got by, although Mittag would spin in Turn 2 on the next lap. Cenni was now in command, and took the overall lead on Lap 12 of 16. LeDuc was committed, though, and on Lap 13 went under Cenni in Turn 4, going low where few drivers had ventured all evening, to take the lead. Cenni’s truck gave up a short while later, leaving Anderson in second and Greg Adler in third. Carlson held off the Unlimited Pro 2s to claim the top spot among the two-wheel-drive trucks.

Taste of victory for Leduc.

“The track was insane,” said LeDuc on the podium. “I can’t even explain the scenarios we have to go through in those laps of chaos to put on a show for you guys. We risk everything. I’ve always said I’ll do some stupid stuff for 30 grand, and that was all of it.”

Asked for clarification about exactly what sort of stupid stuff, LeDuc replied, “That move I did on Cenni was do-or-die. I missed him by inches, literally. I gave up some spots at the end of that race and I about crapped my pants. I had to earn it back. Those Pro 2s were quick; everybody played safe, played smart. I risked more. On those hairpin 180s, I just risked more and came up victorious.”

The Pro Lite Challenge Cup race features a brilliant battle between Mickey Thomas in the Stovall Pro Lite and Cole Mamer in the Vessey/Falken Tires truck. Thomas led the early laps, but Mamer eventually found his way past in a bold move around the outside of Turn 3. Thomas would eventually lose another position to Brock Heger as the podium took its final shape.

“To race Mickey that clean for eight or nine laps, bumper to bumper, side by side and we did not touch once,” said Mamer. “Thats cool. We’re glad to put on such a great show for the fans for this night race. Thats probably the cleanest my truck has ever been for a Challenge Cup.”

The UTV Challenge Cup race had the Production 1000 machines starting ahead of the turbos. Nathan Barry led the Prod UTVs with Heger alongside, and Robert VanBeekum and Eliott Watson led the Turbos. Barry was out front early, but Heger eventually found his way past. But VanBeekum was working his way through the Prod UTVs quickly and, as Heger rode on two wheels all the way through the exit of Turn 1, took the lead. VanBeekum won overall, with Heger taking the top spot among the Production 1000 UTVs in second overall. 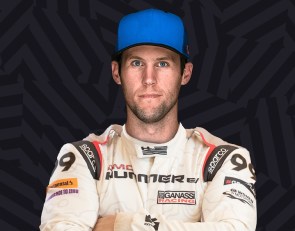