INSIGHT: What can we expect from the Team LNT Ginettas?

INSIGHT: What can we expect from the Team LNT Ginettas?

The pair of Team LNT-entered Ginetta G60-LT-P1s entered for the full 2019/20 FIA WEC season are a month away from their first race. While there are still so many unknowns, the work behind the scenes and the performance of the cars during a successful off-season has left plenty of reasons for optimism.

When the G60-LT-P1 last featured in a WEC race, it was a mess. The CEFC TRSM effort, hindered by commercial difficulties and a lack of testing, had a forgettable (and rather miserable) outing at Le Mans. Just one car crossed the line (unclassified) after a torrid 24 hours of ‘public testing’, problem-solving and tireless work from the mechanics and engineers on hand.

Fast forward to 2019 and things look rather brighter for Ginetta’s LMP1 cars.

The test program this year, while maybe not as comprehensive or efficient as other LMP1 efforts in recent memory, has been lauded a success by those on hand. The G60-LT-P1, after further development work and a switch from Mecachrome to AER power, is now a more reliable and speedy package which promises to provide worthy competition to the remaining entrants from last season.

During testing at Motorland Aragon, Spa-Francorchamps, Paul Ricard and Barcelona there were surprisingly few issues; a very encouraging sign. Gearbox niggles, a mega-line problem and cooling difficulties in the front end were all diagnosed and dealt with before the WEC Prologue. Now, with a refined package and a brand-new pair of P60C AER engines — the same spec that SMP Racing used at Le Mans — Team LNT can legitimately expect to be capable of fighting against the likes of Rebellion Racing straight away.

“I think reliability has been great with the chassis all along, and with the motor we have now, which is far superior,” Lawrence Tomlinson, Ginetta Cars’ CEO, told RACER. “We didn’t get much testing with the previous engine, and the motor we have now is more reliable and has a lot more power. It’s allowing us to have consistent running for the first time with the car.

“When we went to Le Mans in 2018, when Mike Simpson took the checkered flag the car had never continuously run more than two hours. It was a minor miracle we made the finish.”

The Prologue was the first opportunity for Team LNT to run both Ginetta AERs and to measure their progress in race trim against the competition. Image by Ginetta.

But there is still plenty of work to be done to continue turning heads when the season truly starts. Tomlinson knows this and remains realistic — he knows that to get the most out of the upcoming campaign he must push hard to sustain the upward trajectory this program is on.

During the running in Spain earlier this month, the two G60s were engineered and run by a combination of in-house Ginetta staff and Algarve Pro Racing’s team members, who were fresh from the European Le Mans Series race at the same venue just days earlier. Here lies the first conundrum: who will run the cars when the WEC heads to Silverstone?

Right now, there is no definitive answer, though RACER understands that multiple, high-quality race teams are in the mix and talking to Ginetta about a deal for the upcoming season. In order to take the next step, those close to the program know that is imperative that Team LNT’s two-car effort is run by personnel with experience at operating at a world championship level.

In terms of driving talent, there are still plenty of interested parties, but not much news. Tomlinson preferred not to give an update on the driver search  at the Prologue, though he did state that as well as the handful of prospects who turned laps in Barcelona, there are drivers who were not at the Prologue but tested the cars this year that are also in the mix for full and partial-season programs.

Despite all this, as much as it may seem almost unfathomable, there are question marks of a similar size overhanging the other teams in LMP1 too. And this is could play into Team LNT’s hands as the season progresses.

Rebellion Racing’s level of preparation for 2019/20 — which unlike Team LNT’s, has been weeks rather than months long — has been anything but a cause for optimism. After further strides were made to the R-13’s capabilities toward the end of the ‘Super Season’, it appears that the Swiss-flagged effort has been purged of its resources.

Two cars turned laps at the pre-season Prologue test, but only one is expected to see out the season and there are no guarantees at this point that even one car will make it to Le Mans in 2020.

A selection of drivers sampled the R-13s in Barcelona, though there is no word yet on who will stay on for Silverstone and beyond. Right now it appears that both Gustavo Menezes and Bruno Senna are close to being confirmed as full-season drivers once again, leaving just one seat in the team’s remaining full-season car left to be filled.

As for the car’s development, it remains to be seen just how much work will continue behind the scenes to make progress now that the program has been scaled back.

“Not much has changed from last season for us,” Rebellion driver Bruno Senna admitted. “There’s a root of development that is planned at the moment. If the car had more development time, a whole year of testing, it would be a lot stronger. It’s a transformed LMP2 car — it’s not bad, but the regulations for LMP1 ask for a slightly different style of car, and we’re not at that sweet spot.

“There’s not much more that can be improved without significant investment on the car. We’re not going to go much faster. It’ll be interesting to see with what we have learned from last year, if we can be closer to Toyota.”

Will Toyota’s TS050 remain as out of reach as before in the season ahead?

Then there’s Toyota Gazoo Racing’s TS050 HYBRIDs. While there is no doubt whatsoever that both cars will see out the season, and that they will be run and driven to a world-class standard, all eyes will be on the Japanese giant as it deals with the new EoT process introduced for this season.

How much forward planning has there been behind closed doors for the EoT developments? How will the updated car react to restrictions to its power, or to added weight from the ‘Success Handicap’ system? How will the team fare if it is put under pressure during the season as the ACO intends it to be?

In previous seasons, when pushed by Audi and Porsche, things haven’t always gone to plan. Both Team LNT and Rebellion Racing will hope that should Toyota stumble, they will be in with a legitimate chance.

With all that in mind, is it realistic to think that Team LNT’s G60s can prove to be a surprise package? Those working hard up in Yorkshire since the inception of the program hope so and are eager to find out.

If a capable team runs these cars, and capable drivers drive them, then the sky appears to be the limit. It is always difficult to read into the performance levels of teams during a test, but after two days, 255 laps and 735 miles, the quickest G60 came within 0.6s of the fastest Toyota. They appear to be in the ballpark, which is hugely important at this stage because little can be done once the WEC flyaway rounds begin.

“There’s certainly a lot more time to come from the Ginetta, when you consider where we are now, and that the competition have been working on their cars a lot longer,” Tomlinson concludes. “Our chassis testing only really started in anger six months ago. We’ve done more work in the Williams wind tunnel and have sifted through millions of CFD calculations. We’ve had a lot of good feedback from the drivers, who feel it’s a fast and civilized car to drive. So of course, we’re excited.” 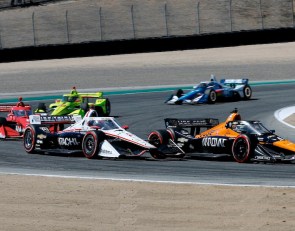 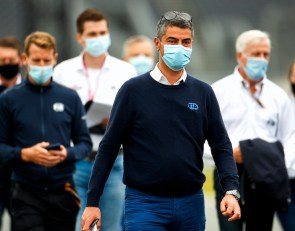 OPINION: Silence is a luxury the FIA can't afford