NASCAR reverting to single-car qualifying was a decision made in hopes of “restoring general order” to the procedure.

Scott Miller, senior vice president of competition, said on Wednesday that group qualifying had become problematic from a content and storytelling standpoint. A return to the consistency of single-car qualifying for all ovals, Miller believes, will deliver a better show for fans and easier visual for those who might be following along without the sound on their television.

“We tried a few different iterations (of qualifying), we talked about a lot of different other things that we might do but the fact remains that the teams are always going to do – and I understand, I’ve been on that side of the fence – what benefits them the most,” said Miller.

“Unfortunately, that was waiting, drafting, trying to position themselves. They weren’t using the time block, and it wasn’t a very compelling show. So we owed it to our fans to provide something that’s worth watching, and we felt (what was occurring) started to become less than that.”

When problems started to develop in qualifying earlier this year, NASCAR tried adjusting the rules. Using a new aero package where momentum is critical, gamesmanship in qualifying became a theme as drivers knew going on track by themselves was problematic. Each week it seemed the field was waiting later and later into the round before leaving pit road and a log jam then occurred as drivers tried to properly place themselves in the draft to get the best pull across the start/finish line.

Following Fontana where drivers were blocking pit road and none of the final 12 qualifiers made a lap, NASCAR told teams any driver who does not start a timed lap in any round would be placed at the rear and the starting field. Teams would also be subject to penalties if a driver was found not to have exited pit road properly or impeded another driver. Then, last month, NASCAR experimented with qualifying at Richmond being three rounds, each 10 minutes in length.

The new procedure begins this weekend at Dover, and will be in effect for all three series. The previous race’s starting lineup will determine qualifying draw. NASCAR did not want to use practice speeds to determine the qualifying order as Miller felt that would have also created problems.

“That could start a whole other cycle of development and trying to figure out how to run your car lite in practice, just because we don’t officiate practice,” said Miller.

“We certainly didn’t want to open that can of worms at all. Also, to make a compelling show we need to make sure that a car that stands a chance to win the pole is actually the last car out, and we think that typically everybody that qualifies in the top 20 at an event, stands a chance of sitting on the pole at a subsequent event.

“And also, rather than just going off of points or something, that gives every week some incentive for teams to qualify better and get in… the draw that everybody wants to have. The later draw.”

NASCAR already does single-car qualifying at the superspeedways of Daytona and Talladega. Group qualifying, which NASCAR began using in 2014, will remain in place for road courses.

“I don’t really think anybody is at fault,” Miller said of the previous format’s failings. “I think it’s something that we tried to try to provide a good show, we were optimistic, and it didn’t work out. I think that maybe we should have been more proactive. Maybe (the teams) should have given a little bit, whatever the case, but I don’t think necessarily they’re to blame or we’re to blame. It’s just we put something new out there with the rules package and just didn’t work out for us.

“We tried to cooperate with them, they tried to cooperate a little bit. But like I said before, they’re always going to default to what is best for their competitive position and I don’t blame them for that. So, that’s where we are.” 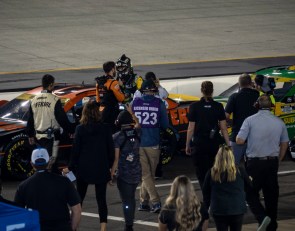 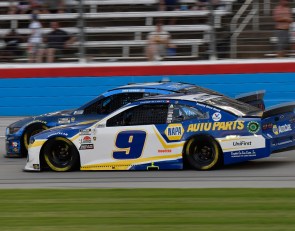