Inside The Sports Car Paddock, April 16, with Jeff Braun

Inside The Sports Car Paddock, April 16, with Jeff Braun

It’s the lucky 13th installment of the Inside The Sports Car Paddock interview show and we open with CORE autosport race engineer Jeff Braun exploring how a team deals with the technical and personnel ramifications of leaving the 100-minute IMSA WeatherTech SportsCar Championship race at Long Beach without completing a lap.

Next up is FIA World Endurance Championship CEO Gerard Neveu from the paddock of the ELMS season-opener, and he’s followed by DragonSpeed team owner Elton Julian, who gives us his take on racing in the WEC, ELMS, and IndyCar. New Risi Competizione Le Mans drivers Pipo Derani joins in to share his thoughts on joining the American squad, and we close with 16-year-old Lithuanian LMP3 driver Gustas Grinbergas who has used The Week In Sports Cars podcast to educate himself about the sport. 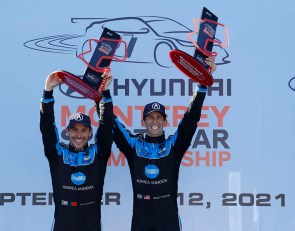