Mick Schumacher says he has no problem being compared to his father Michael as he progresses through the ranks and gets closer to Formula 1.

Michael Schumacher holds the F1 record of seven drivers’ championships — two with Benetton and five with Ferrari — as well as the most victories in the sport with 91. 19-year-old Mick will make his debut in Formula 2 this year after winning the European Formula 3 championship last year, and insists he does not see a downside to being judged against his father’s career.

“Being compared to my father was never a problem for me,” Schumacher Jr. said. “It’s pretty simple. For me being compared to the best driver in F1 history is the goal you want to achieve. To have that as my idol and my father is something very special and I feel honored to be compared to him because I can just learn and try to improve.”

Schumacher will race for Prema in Formula 2 this season — the same team with which he won last year’s F3 title — and is combining that with a role as part of the Ferrari Driver Academy.

“I’m part of the Ferrari Driver Academy this year, which for me at the step I’m at now, is very positive. I can learn so much from Ferrari because they have so much experience, so that’s going to be a point for me where I want to work with them to achieve the maximum I can.

“The first impressions I had from Ferrari were so opening, welcoming me in a family which was always a part of my family. So I guess the combination of both was very positive and I’m very happy.”

Having won last year’s European F3 title and finished runner-up in two Formula 4 championships in 2016, Schumacher has enough points for an F1 Super License and has been linked with carrying out one of the rookie test days for Alfa Romeo in either Bahrain or Barcelona this year. 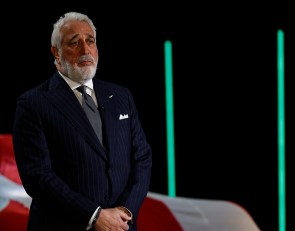 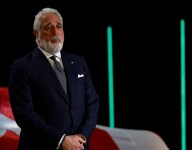