The Dan Wheldon Memorial Pro-Am Karting Challenge returns to New Castle Motorsports Park (New Castle, IN) for the fourth time on Sunday, May 5. In years past, this tribute event has been a popular one with the racers, crews, sponsors and fans of IndyCar racing, many of whom were close friends and competitors of Wheldon during his racing career.

All attend to pay their respects and generously support what has become a significant fundraiser.

Firestone is a corporate partner already on board as well.

The event, which will be held the weekend before the IRP round of this year’s IndyCar Series, is free for spectators and includes an autograph session for fans prior to the Challenge race.

Participants race to raise money for The Dan Wheldon Foundation and so far have raised over $187,000, helping to establish The Sue Wheldon Fund supporting Alzheimer’s research.

An additional $150,000 has been raised to support IndyCar-related charities, including the Wilson Children’s Fund.

The Challenge itself will use the same format as years past: 20 sponsored teams consisting of one professional driver and three amateurs competing on the 1-mile course in a 2-hour feature event.

Teams get two practice sessions before the race, with the final stint consisting of professional racers.

“We took a brief hiatus, but we are back and so excited for 2019,” said Dan’s wife, Susie. “I continue to be humbled by the amount of money that has been raised by Dan’s colleagues and our corporate partners. It is a huge tribute to Dan’s memory that the event has been so successful and been able to provide support to causes that have been so near to our hearts.”

If you would like to participate, there are still opportunities for the 2019 event. For more detailed information, e-mail Jana Watt at J. Watt Consulting, jwatt446@gmail.com. 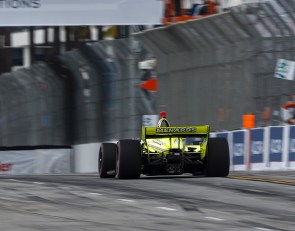