IMSA president Scott Atherton visits with Marshall Pruett to share fond, funny, and poignant memories of the late Don Panoz, who entrusted Atherton to run the American Le Mans Series and his numerous racing businesses for more than a decade. 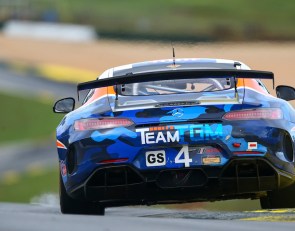 I’ve got used to spotlight ahead of Haas move - Schumacher

George Russell has been selected by Mercedes to replace Lewis Hamilton at this weekend’s Sakhir Grand Prix, with Williams reserve driver (…)

Grosjean discharged from hospital in Bahrain

When Lexus entered the IMSA WeatherTech SportsCar Championship’s GT Daytona (GTD) class in 2017 with its RC F GT3 racecar, it was the (…)

Commemorating the 15th Anniversary of Audi’s fifth 24 Hours of Le Mans win, the UK-based Amalgam has created a special race-weathered (…)

For the 37th consecutive year, Racer Media & Marketing, Inc. will publish SportsCar, the official magazine of the SCCA, alongside other (…)