Lilly Diabetes, which was set to sponsor Conor Daly’s NASCAR Xfinity Series debut this weekend in the No. 6 Roush Fenway Racing Ford at Road America, pulled its sponsorship Friday after a report that Daly’s father, Derek, was the source of a racial slur that led to Sunday’s sudden retirement of longtime Indianapolis Colts announcer Bob Lamey. Daly said in a statement Thursday that Lamey incorrectly attributed the original remark to him.

In a statement, the company, which also sponsors Ryan Reed’s Roush Fenway Xfinity car, said: “Our sponsorship in Saturday’s race is intended to raise awareness of treatment options and resources for people living with diabetes. Unfortunately, the comments that surfaced this week by Derek Daly distract from this focus, so we have made the decision that Lilly Diabetes will no longer run the No. 6 at Road America this weekend.

“We remain committed to our mission of supporting people with diabetes.”

Daly rejects Lamey’s reporting of events, which began when Lamey repeated a story off-air to a local radio colleague that included a racially sensitive word, and later attributed the original remark — said to have taken place during an interview 35 years earlier — to Daly.

Daly released a statement Thursday admitting he used the word in question in another interview with a different reporter during the same period. In that case however, Daly said that it was spoken in the context of a once-common phrase that had no derogatory overtones, and that he was unaware at the time of the weight that such language carries in the United States.

Daly was also released from his longtime role as WISH-TV racing analyst.

In 16 laps, Conor was 17th fastest in Friday’s second practice session; he didn’t register a time but was one of only two cars to test the track in a rainy first session.

He took to social media Friday evening to thank fans for their support. 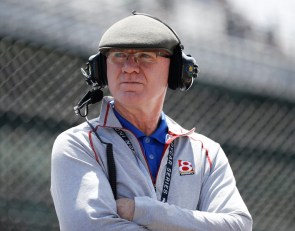 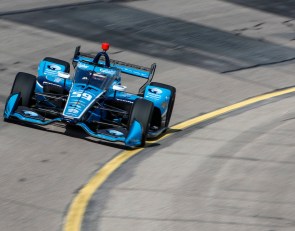 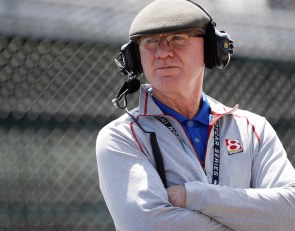