Choi made his first appearance with Juncos Racing at the 2017 Mazda Road to Indy Chris Griffis Test at Indianapolis. He previously competed in the 2015 Indy Lights Championship at Laguna Seca.

Choi will drive the No. 7 Juncos Racing car at PIR.

“I’m very excited to come back to the Indy Lights Championship with Juncos Racing,” said Choi. “It was really hard to have a long break without racing. During my break I worked on meeting a lot of people and finding some Korean partners. The Portland race will be good preparation for my next season and my Indy 500 hopefully in the near future. I hope to get my confidence back and show my potential at Portland International Raceway. I appreciate Ricardo (Juncos) for giving me a great opportunity and my supporters in Korea.”

Team owner Ricardo Juncos added, “We are pleased to have Heamin back with us. We had a great time working with him last October at the Indianapolis Motor Speedway during the Chris Griffis test. Even though Heamin has not been in an Indy Lights car this season, I am confident he will have a great run at Portland. I want to thank Heamin, his family, and sponsors for the opportunity to work with him again.” 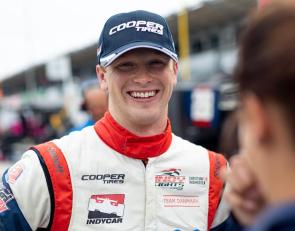