For the 53rd time in his IndyCar career, Will Power was able to find another level in qualifying to put his No. 12 Verizon Team Penske Chevy on pole for the ABC Supply 500 at Pocono. His latest pace-setting performance tied him with A.J. Foyt for second on the all-time list of IndyCar winners, and Power indicated this one could have extra competitive as well as historic significance: While starting position might not seem of great significance in a 500-mile race, the Australian said he still wasn’t sure how easy passing in this one would prove to be in race conditions, despite IndyCar’s aero enhancements to the speedway front wing.

“It’s difficult to say. I think this car drafts really well. Just didn’t get a feel for it in [first] practice,” said Power when asked what kind of race he anticipated. “I think it will be good racing, similar to Indy. I mean, Indy this year, with the worst-case scenario as far as grip goes – it was such a hot day. Doesn’t matter what body kit you have on a hot day like that, it’s difficult with a track temp that high.

“Seems like a pretty nice day [forecast] tomorrow as far as being cool. So, yeah, we’ll see. Time will tell.”

Power said he thought a late trim of downforce from the Verizon Chevy made the difference for his pole run.

“I trimmed out a bit more. Obviously the car was handling reasonably well. Very, very good, solid first lap, big first lap. Obviously, dropoff in the second lap – had to lift out of [Turn] 1, but still fast.

“We just nailed the gear and everything for that run, so it was very nice.”

It was made even nicer by putting his name alongside Foyt’s in one record book stat. He’s 14 behind Mario Andretti for the top spot in all-time poles at 67, and admitted he’s given that some thought.

“I thought about how many times I’ve lost pole by like a hundredth this year,” Power mused. “But it is possible to reach that [Andretti’s record]. That would be amazing. I don’t know, but just happy to be next to A.J. Foyt.” 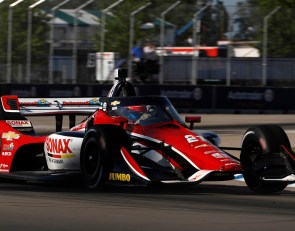 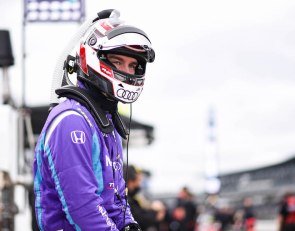 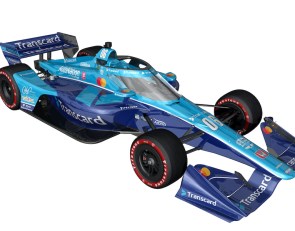