The two winningest drivers in IndyCar during the past decade spent Monday at the Indianapolis Motor Speedway — testing new aero kit pieces for IndyCar and tires for Firestone — and both Will Power and Scott Dixon were optimistic next year’s Indianapolis 500 would be improved.

“The chances of next year being one of the hottest days ever aren’t likely and if it was 10 degrees cooler this year it’s a different race,” said Power, who led 59 laps and captured his first Indy 500 for Team Penske in a race that didn’t feature the frenetic pace and passing of the previous Mays. “If it’s overcast, it’s a different race.

“I think you saw the worst-case scenario of track conditions last May so I think the weather and development of the teams will make the racing better in 2019. Everyone will turn up with better cars.”

“We’re heading in the direction we kind of knew it would be and it’s a positive one because it was a little easier to follow a little closer, which is good,” said the 2008 Indy winner who finished third last May.

“It’s hard to tell for sure with only two cars; the wake is different with three or four cars but it was hard to follow closer in the race this year. There were a few aero pieces the teams and engineers understood to be an issue that we need to rectify and make the racing a little bit better for next year.”

With Pocono up next, Power will be going for his third consecutive victory at the Tricky Triangle. But at fourth in the standings he trails Dixon by 87 points with two ovals and two road courses left on the schedule.

“We need him [Dixon] to have a bad day but he hasn’t had any so far this year, he’s been amazing,” said Power. “It’s hard to say how the race will be but this car drafts really well so you get a big slingshot so it might be good for racing at Pocono.”

But even his point deficit to Dixon couldn’t dampen the Aussie’s day after he drove back inside IMS for the first time since his triumph.

“It was very cool driving back into the Speedway,” he said. “Everything else is a bonus after you win this race and it was a big sense of relief for me. I’d have finished my career very disappointed had I not won the Indy 500. It’s an amazing feeling and an amazing event.” 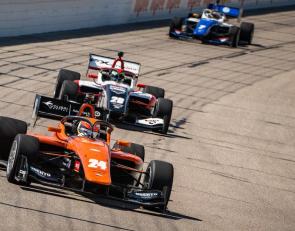 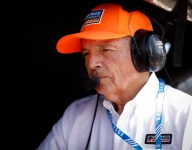