Image by Getty Images for NASCAR

Watkins Glen International was not only the scene of Chase Elliott’s first career win, but it also marked the 250th win in the Monster Energy NASCAR Cup Series for Hendrick Motorsports.

The first win for Hendrick came in April 1984 with Geoffrey Bodine at Martinsville Speedway.

Win No.50 came in March 1996 with Jeff Gordon at Darlington Raceway. Gordon also scored the organization’s 100th win in June 2001 at Michigan Speedway.

Kyle Busch charges from 31st to third at The Glen

Elliott holds off Truex Jr. at The Glen for first Cup win

The 150th win came from Jimmie Johnson in March 2007 at Las Vegas Motor Speedway. Johnson then scored win 200 in May 2012 at Darlington.

With Elliott winning Sunday afternoon, it is the seventh overall win for Hendrick Motorsports at Watkins Glen. Martinsville Speedway is where the organization has won the most races (24).

Here is the full list of drivers (and their win totals) who have contributed to Hendrick Motorsports’ 250 Cup wins, from the first win by Geoffrey Bodine to Elliott’s most recent trip to Victory Lane:

“On behalf of everyone at Chevrolet, I am extremely pleased to congratulate Rick and the entire Hendrick Motorsports family on this tremendous accomplishment of 250 race wins in the Monster Energy NASCAR Cup Series,” said Jim Campbell, U.S. Vice President, Performance Vehicles, and Motorsports.

“This major milestone is the result of years of passion, persistence, and teamwork to get the job done. We are especially proud of the fact that all 250 wins have been in Chevrolet race cars. Rick’s passion for the brand and dedication to putting Chevrolet in victory lane has been relentless. As a key partner and respected friend, we salute you.” 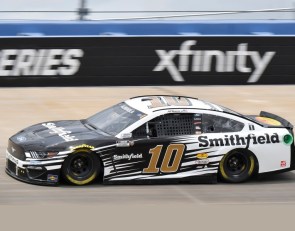