After his rotor blew Sunday, Bubba Wallace had several moments to brace for his hard impact with the wall at Pocono. On Tuesday he spoke to the “Glass Case of Emotion” podcast about his massive impact and what went through his mind when he knew he was going to hit hard.

“You literally think, am I gonna die? Am I gonna get knocked out? Because the way I was heading for the fence was head-on, straight.”

Later, he explains why there was a delay in putting down his window net (Note: some profanity) — interrupted by a hilarious text message request from Dale Earnhardt Jr. 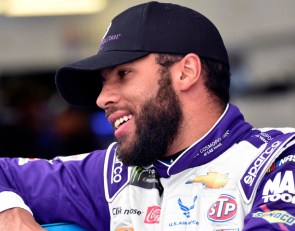 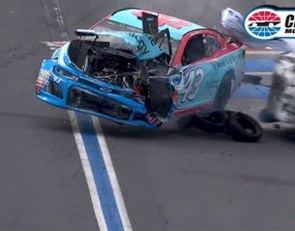 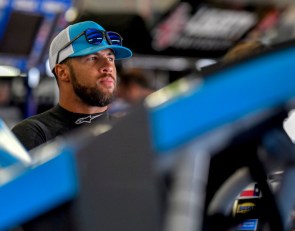