G-Drive Racing/TDS Racing will have to wait until a hearing in September for a final decision to be made on whether the disqualification of its cars from the 2018 Le Mans 24 Hours is upheld.

G-Drive Racing’s No. 26 (run by TDS) and TDS Racing’s No. 28 ORECA 07 Gibsons were disqualified from first and fourth in the class standings respectively on the Monday after the race for a breach of the technical regulations.

The decision by the FIA Court of Appeal will also finally decide the winner of the LMP2 class, as Signatech Alpine Matmut’s A470 was provisionally promoted to the top spot as a result of G-Drive’s exclusion.

Both cars had competed in the race with modified fuel rigs, including the insertion of an additional component intended to defeat the fuel fill rate restrictor, which saw them able to fuel their cars a handful of seconds quicker at each stop than their competitors, something which the ACO and FIA state is prohibited by the technical regulations because it gave them an unfair advantage at the end of each stint.

While the regulations do not state specifically that teams cannot modify the fuel rigs in the manner that TDS Racing’s crews did, Article 2.1.1 of the Technical Regulations states that “what is not expressly permitted by the present regulations is prohibited.”

With the final decision still yet to come, the events have prompted a variety of questions up and down the FIA WEC and European Le Mans Series paddocks, with many keenly awaiting the final decision and what effect it will have in future regulations.

Ahead of this weekend’s ELMS 4 Hours of the Red Bull Ring, the ACO released a bulletin explaining that an unnamed team had asked for clarification regarding the refueling system, and whether or not “the addition of a part between the restrictor and the dead-man value” is permitted. In response, the ELMS Committee has ruled that due to Article 2.1.1 that “the request to add a part between the restrictor and dead-man valve is rejected.”

RACER believes that TDS Racing (including its G-Drive customer) has changed its fuel rigs to comply with this bulletin, for this weekend’s race.

“It’s cruel — at Le Mans the best experience is to stand at the top of the podium,” Alpine driver Nicolas Lapierre told RACER when asked about the team’s mood following G-Drive’s disqualification. “But it’s part of it. The TDS, G-Drive cars are always on the limit of the rules — they’ve been disqualified a few times now. We know they’re playing with it. Sometimes it works for them, sometimes it doesn’t. We are still waiting for the appeal; we will see what the outcome is.”

“It’s always the same: They have really strong pace, good pit stops, good strategy, but the fact that they are always on the limit is a bit tiring for us, because in a way, even when they win we are never sure that they are legal.” 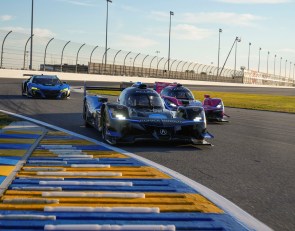 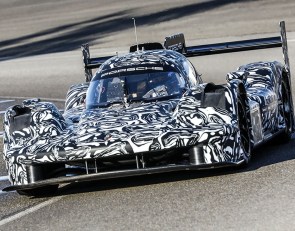