With the checkered flag of Sunday’s Ultra 94 Porsche GT3 Cup Challenge Canada by Yokohama race, the 2018 season is officially halfway complete and Zach Robichon reclaimed his place on the top step of the podium.

Entering the Formula 1 Canadian Grand Prix weekend in Montreal, Robichon was four-for-four in Porsche GT3 Cup Canada competition on the year. Yet in Race 1 on Saturday at Circuit Gilles Villeneuve, Robichon’s No. 98 Mark Motors Racing Porsche finished runner-up to teammate Roman De Angelis in the No. 78.

Robichon made sure that didn’t happen again on Sunday.

As soon as the green flag flew to start the 30-minute race, Robichon battled alongside polesitter De Angelis through the first few corners, but was able to overtake his teammate before the first lap was complete. Robichon held on for the reminder of the race, but not easily.

“It was really an incredible race with Roman,” said Robichon. “I kind of had a feeling we weren’t going to have the same pace as him, so I saw an opportunity at the start and we took it. He hounded us the whole race and every single time I made just the smallest of mistakes, he was right there. We were kind of going back and forth there a little bit.

“I have to give (Roman) full credit because I think he was a little bit faster than us. He’s had the hand on us all weekend and I think that continued in the race today. I just focused on not making mistakes and doing my best to keep him behind me.”

De Angelis came home with his fourth runner-up finish of the year and No. 2 Lauzon Autosport Porsche driver Etienne Borgeat again came home in third place, in addition to scoring his second Platinum Masters class win of the weekend.

With his fifth victory of the season, Robichon expands his Platinum Cup championship lead back to 20 points over De Angelis heading to Honda Indy Toronto. Rounds 7 and 8 – on temporary 1.755-mile circuit on the streets of downtown Toronto – will be completely unlike what the Porsche GT3 Cup Canada teams experienced this weekend in Montreal.

“Toronto is a whole different ball game,” Robichon described. “Here, we have walls. There, we have walls everywhere. We don’t even have curbs to give us a warning that we’re about to hit something, we just go right into it. It’s a difficult track and it’s all about car preparation.

“It’s also very bumpy, so it’s just a totally different atmosphere and a different style of driving. As we’ve done so far in the first three weekends, we’ve been able to figure out the car and I know we’re going to do the same in Toronto. Hopefully, the usual suspects out front with the Mark Motors guys.”

For the first time in 2018, the Gold Cup class was represented in Porsche GT3 Cup Canada. Michel Bonnet in the No. 76 Lauzon Autosport Porsche took home both wins, as well as the Yokohama Tire Hard Charger Award for gaining the most positions during the race.

“Being here in Montreal, it’s always amazing for a driver like myself,” Bonnet said. “Also, it’s my first time in Porsche. Of course I have to improve my driving because I’ve never driven this kind of car before. But today, I had a lot of fun and I really appreciate this organization.” 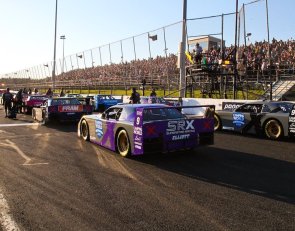